A Grape Dope (Tortoise's John Herndon) – "Nod To The Peanuts" As the drummer for Tortoise and its offshoot project Isotope 217, John Herndon spent the ’90s helping to shape the face of the entire post-rock genre. Then, around the turn of the millennium, he took up hip-hop production under the name A Grape Dope. Herndon released a pair of A Grape Dope EPs in 2000 and 2003 along with scattered work under the moniker from the same era, but not until now has he gotten around to a full album. His debut LP, Arthur King Presents A Grape Dope: Backyard Bangers, is out this summer on Dangerbird, and today he’s sharing its latest single.

A collab with LA-based artist and illustrator Travis Millard, “Nod To The Peanuts” is a darkly smoldering indie-rock/hip-hop hybrid that makes me think of the Mountain Goats teaming up with Prefuse 73 (to hearken back to the era when A Grape Dope was first popping). It arrives today with a video featuring Herndon’s own footage and animation.

Check it out below along with the video for lead single and opening track “Puppet Clubbing.”

Arthur King Presents A Grape Dope: Backyard Bangers is out 7/10 on Dangerbird. Buy “Nod To The Peanuts” here. 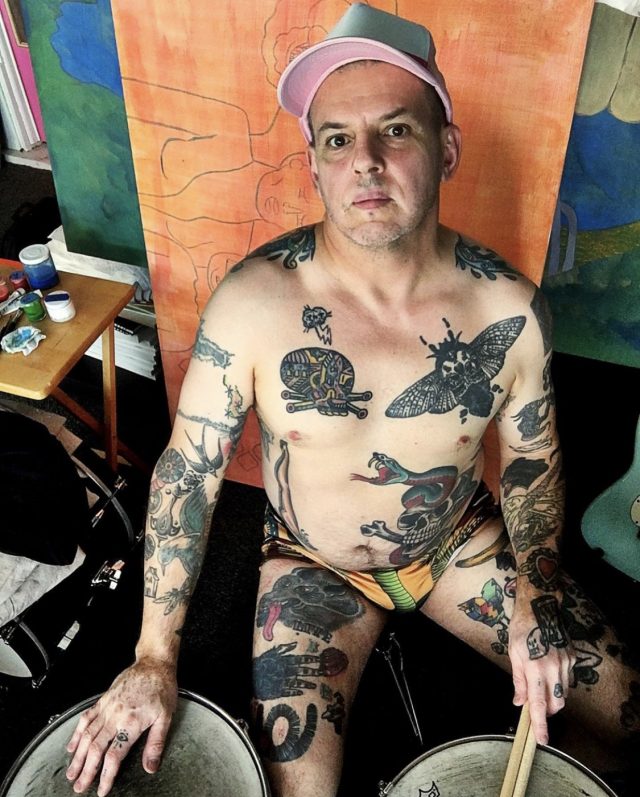