Back in March, the Berlin-based duo Perlee released their debut EP Slow Creature. It was an appropriate title — most of Perlee’s songs are patient, airy meditations, with Cormac O’Keeffe and Saramai Leech weaving their voices together into hazy lullabies. Now, they’ve announced a quick followup in the form of a second EP. This one’s called Half Seen Figure — which seems like another appropriate title given the gauziness of their music — and it’ll be out in August.

Described as a bit more of a DIY affair, the beginnings of Half Seen Figure came from O’Keeffe and Leech stumbling on some old recordings during lockdown. (They are, however, quick to point out this is not another example of the now-dreaded “quarantine release.”) The announcement comes with a lead single called “Slow Your Eyes.” “So much of life is spent on screens now and this song was born out of the idea that when we use screens we are like mirrors reflecting back what we see,” Leech said. “But, when we relate directly with life we become more like crystals, prisms that refract the light into colors. It’s a modern prayer of sorts.”

If you have come across any of Perlee’s music thus far you will be happy to hear that “Slow Your Eyes” is another example of what these two do well together — a gorgeous, sighing composition that feels both dreamlike and lived-in. Check it out below. 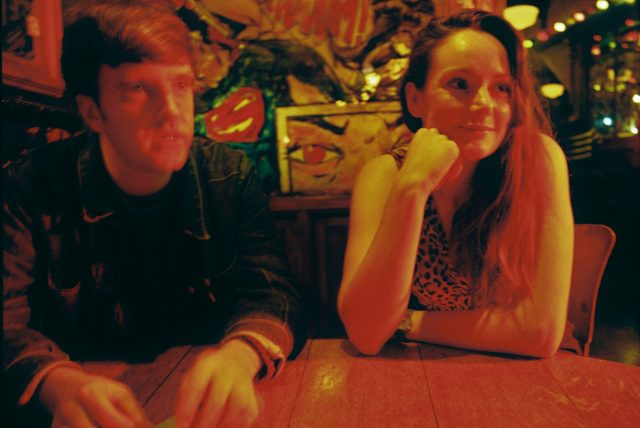