When I bought a house in 2014, certain albums instantly became backyard staples. Records like Jenny Lewis’ The Voyager and Real Estate’s Atlas were the perfect soundtrack for sitting on the deck with a beer while the sun went down, easing into adulthood with some idyllic soft-rock from the indie realm. Another favorite from that moment was Pure X’s Angel, a batch of languid roots-rock tracks that seemed to have been expressly designed for those twilight domestic moments.

Pure X have been more or less on hiatus since then, with no output these past six years besides a 2017 solo album from Jesse Jenkins. But they’re about to return in 2020, a year when people are spending a lot of time in their backyards by default. The band will be back with their self-titled fourth LP on May Day, and they’re teasing it today with a pair of excellent lead singles. “Middle America” and “Fantasy” successfully infuse latter-day Pure X with a bit of the distortion that characterized the band’s early work, resulting in songs that sound like a lingering memory of classic rock.

Both songs rule, so listen below. 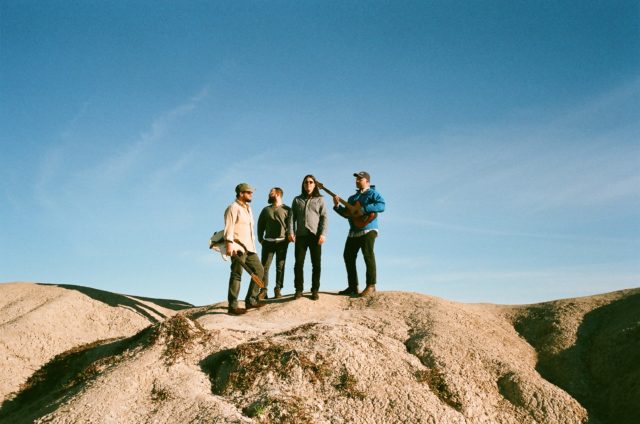 Earlier this year, Conor Oberst reunited his long-dormant band Bright Eyes, and they released the strong new album Down In The Weeds Where The World Once Was a couple of months ago. Today, Bright Eyes have come out with a new song for an important reason. “Miracle Of Life,” the group’s new single, is a […] Nearly two decades ago, Sigur Rós helped put together an orchestral work called Odin’s Raven Magic that premiered at the Reykjavík Arts Festival in 2002 and was only performed a few times after that. It was inspired by the epic Icelandic poem Hrafnagaldr Óðins and was a collaboration between the band and a group of […] Chris Stapleton, the Kentucky-bred country star who got huge by bringing a hearty traditionalist presence to the mainstream (sometimes alongside Justin Timberlake), will release his new album Starting Over next month. He shared the title track upon announcing the project and has since revealed “Cold” as well. And now a third advance single is out […]