The Flaming Lips are releasing a new album called American Head on 9/11. Never forget? The album contains “Flowers Of Neptune 6,” their recent single with Kacey Musgraves on backing vocals. Musgraves appears on another track called “God And The Policeman,” which is hopefully a proper duet. The tracklist includes many evocative drug-related titles such as “You N Me Sellin’ Weed,” “At The Movies On Quaaludes,” “When We Die When We’re High,” and “Mother I’ve Taken LSD.” Dinosaurs and lightning bugs also factor in.

Today we get a video for American Head’s closing track, the lullaby-like “My Religion Is You,” which is sort of like the FM power ballad version of the Soft Bulletin sound (or a less fantastical spin on the depressive Yoshimi vibe). Like the “Flowers From Neptune 6″ video, it finds Wayne Coyne out in nature, this time clutching a bouquet in front of a giant bonfire. “Yeah Buddha’s cool/ And you’re no fool/ To believe anything you need to believe in/ If Hari Krishna/ Maybe it’s the thing for you,” he sings, before concluding, “Nothing else is true/ My religion is you.” 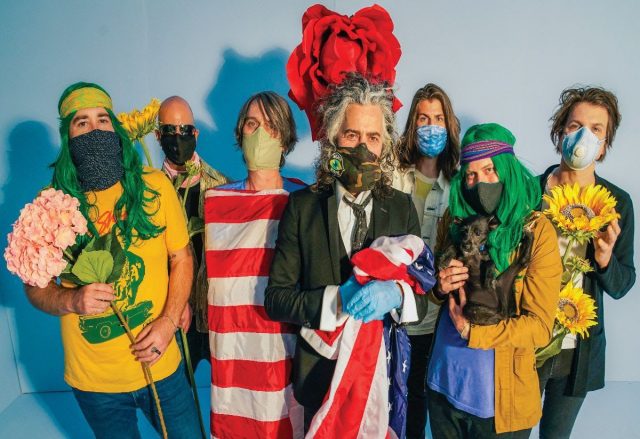