Actor and comedian Tim Heidecker, of Tim & Eric fame, has been moonlighting as a ’70s-inspired singer-songwriter for a while now. His most recent album, last year’s What The Brokenhearted Do…, was a fake breakup album. But for his new one — the newly announced Fear Of Death, out next month via Spacebomb — he’s leaving the satire and absurdity behind and getting deadly serious.

“​I didn’t know that this record was going to be so focused on death when I was writing it,​” Heidecker explains. “​It took a minute for me to stand back and look at what I was talking about to realize that, yes, I am now a middle-aged man and my subconscious is screaming at me: ‘You are getting old, dude! You are not going to live forever! Put down that cheeseburger!​’”

He recorded Fear Of Death with an all-star cast of musicians included Weyes Blood’s Natalie Mering, Drew Erickson, the Lemon Twigs’ Brian and Michael D’Addario, and Foxygen’s Jonathan Rado, with Spacebomb’s Trey Pollard providing string arrangements. “​This record is a dream come true for me,”​ says Heidecker. “I got to work with some of the best, and nicest, musicians in town who helped me take some shabby, simple tunes and turn them into something I’m really proud of.”​

Today, Heidecker is sharing Fear Of Death’s lead single and title track, which features vocals from his old friend Weyes Blood. “I don’t see the value in having fun/ I think I’m done growing/ Fear of death is keeping me alive,” Heidecker sings over a jauntily psychedelic folk-rock groove. In a statement, Heidecker calls the song “about as ‘Dead’ as I get,” and the accompany music video with Heidecker, Mering, and the band was shot at Valentine Studios in LA. Watch and listen below.

Fear Of Death is out 9/25 on Spacebomb. Pre-order it here. 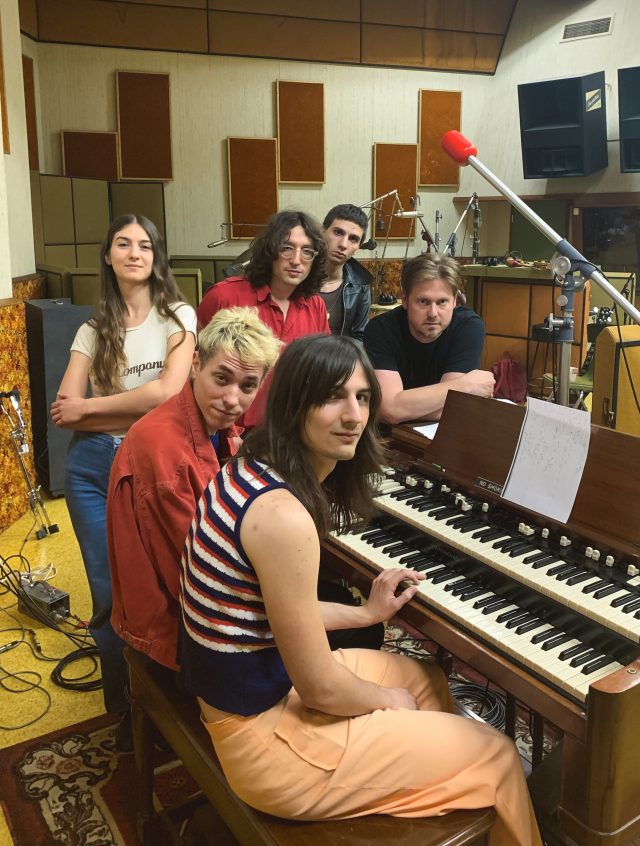