Bob Dylan Shares Another New Song in 'I Contain Multitudes' 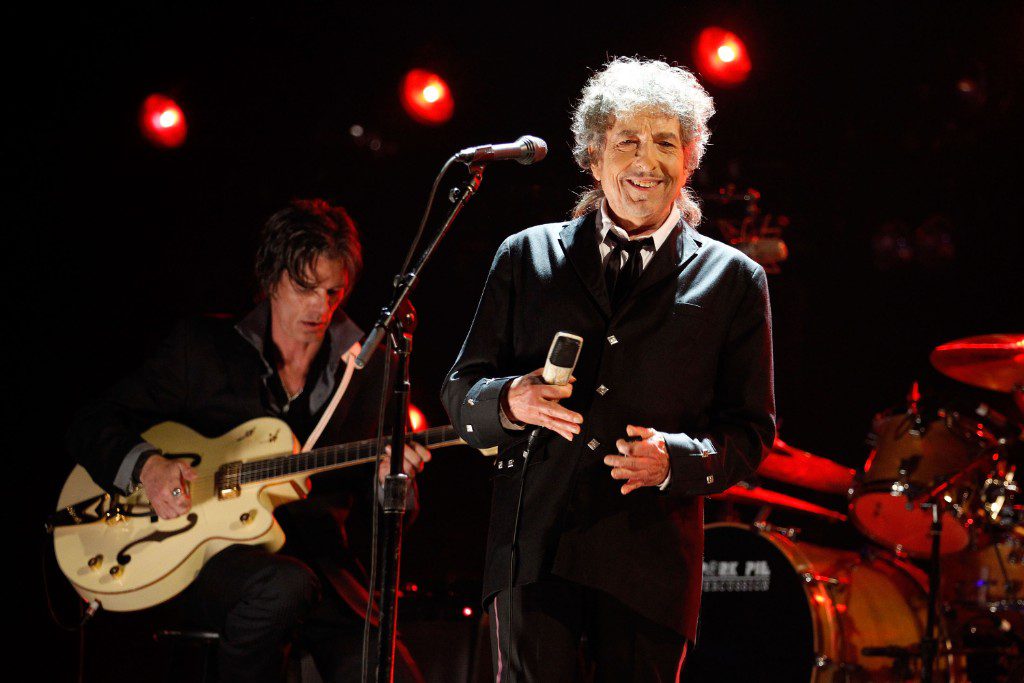 Bob Dylan did it again. The reclusive bardAn just dropped another new song seemingly out of nowhere.

A few weeks ago, he did the same thing with “Murder Most Foul,” his 17-minute odyssey that ended up being his first No. 1 song on the Billboard charts.

“I Contain Multitudes” is a lot shorter than that, clocking in at just over four-and-a-half minutes. In it though, he has no shortage of namechecks. Dylan references Anne Frank and Indiana Jones, Beethoven and Chopin, “them British bad boys the Rolling Stones” and many more. It also is the name of a Walt Whitman poem, of who Dylan is known to be an admirer.

From the song art, it looks like it came from the late ’90s Time Out of Mind era. But you be the judge of that.

It’s a slower song and sounds more like the material he’s done in the 21st century.