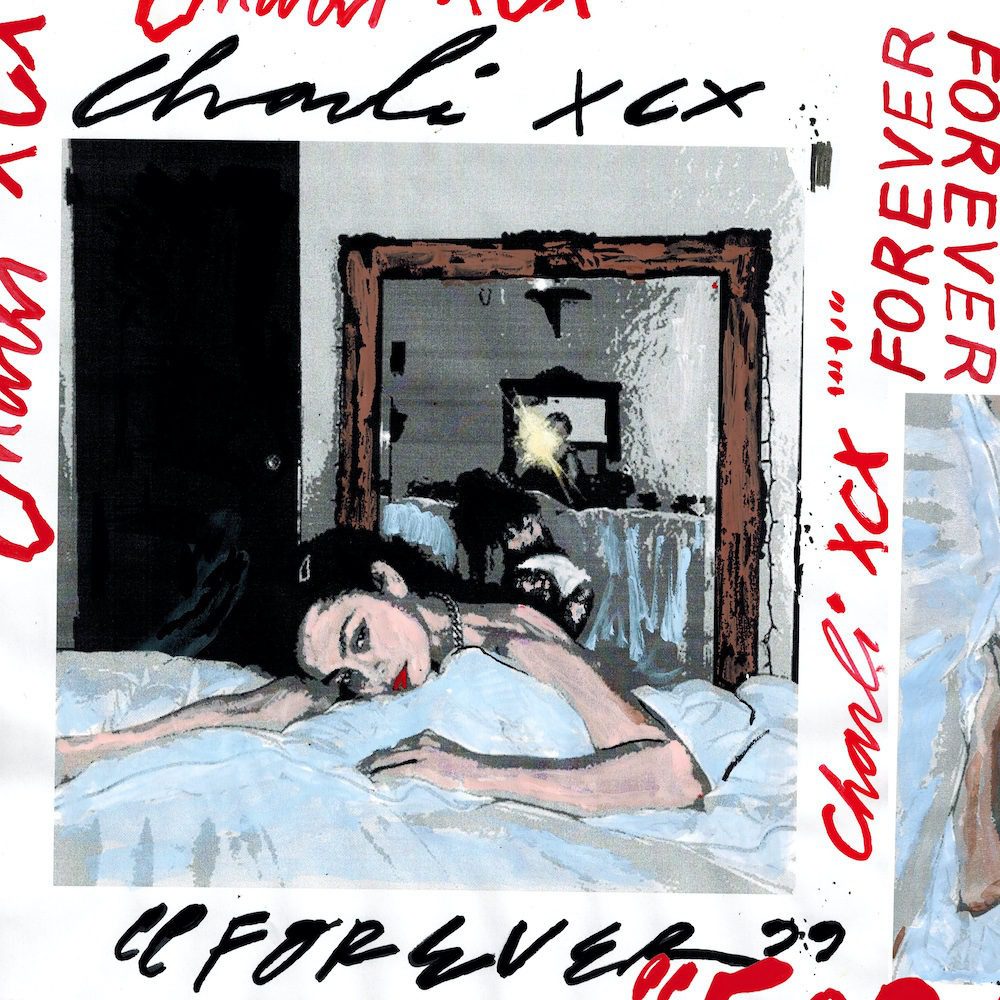 When Charli XCX announced on Monday that she’d be putting together a new album from quarantine with plans to release it six weeks later, it seemed awfully ambitious.

“I’m going to basically be making it live from scratch — there are a couple ideas in the works, but basically I’m starting from nothing,” she said in a Zoom session earlier this week.

Now, it appears things are quickly coming to fruition.

After revealing its title, How I’m Feeling, and hinting that something was coming soon, that time is now.

“Forever” is an upbeat, proper pop song that was written this week by Charli XCX and co-executive produced by her, A. G. Cook and BJ Burton. The trio worked on the song while in quarantine.

“I’m such a fangirl of all three artists and to collaborate on artwork like this is a new experience for me. I like the idea that the visual language for this project can be interpreted by however someone feels towards the music. The music and the emotions that are generated guide the creative output and anything is possible,” she said of the song in a statement.

Listen to “Forever” below: