Dave Grohl Opens Up About Last Chat with David Bowie 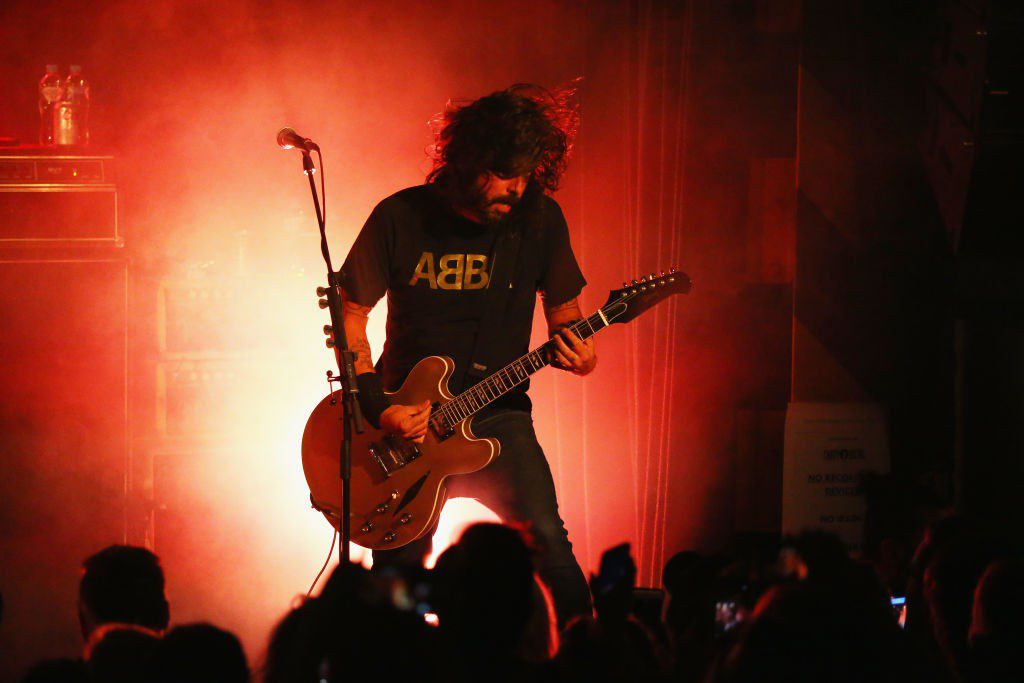 While it’s felt like an eternity (though it’s actually about three weeks), Grohl has finally posted the latest anecdotal nugget on Dave’s True Stories Instagram series.

And this one is about his love, encounters and final banter with David Bowie.

Grohl reminisced about how he was a member of the church of Bowie and said, “…David Bowie provided an indelible addition to the soundtrack of my life from an early age. His first live album, David Live was on regular rotation in my living room when I was a kid, and his classic track ‘Suffragette City’ was quite a hit at the backyard parties I played with my nerdy high school band in the early ’80s (I sang the ‘Hey Man!’ background vocals with the best pre-pubescent shriek I could possibly squeeze out of my skinny little neck).”

He also opened up about his first real-life encounter with Bowie.

“So when he walked (levitated?) onstage that night, I felt as if I were being visited by another life form,” Grohl wrote. “The kind of ‘Starman’ I searched the night sky for as a child, waiting for his gilded spacecraft to desend [sic] upon my front yard and take me away from my banal suburban life. It was my first time witnessing Bowie’s grace and power live, and it provided me with a surprising revelation…”

Grohl remembered the time he and Bowie worked on the track “Jewel” for Reeves Gabrel’s 1999 solo record, Ulysses (Della Notte), and the last time he spoke with Bowie before he died.

“With every muscle in my body loosening from the crippling anxiety of the past few minutes, I sunk back into my living room chair, born again,” he wrote. “Hallelujah! I could finally breathe knowing that David Bowie did not actually wish me to ‘fuck off’ (or maybe he did, but in the nicest way possible, and even that was an honor).”

“It broke my heart to re-read the line ‘No more birthdays, I’ve run out of them,’ thinking that maybe, just maybe he knew something we didn’t. And, being the gentleman that he always was, didn’t want us to suffer his pain. Nevertheless, it still hurt. Nothing lasts forever, I know, but the best things always seem to end much too soon….”