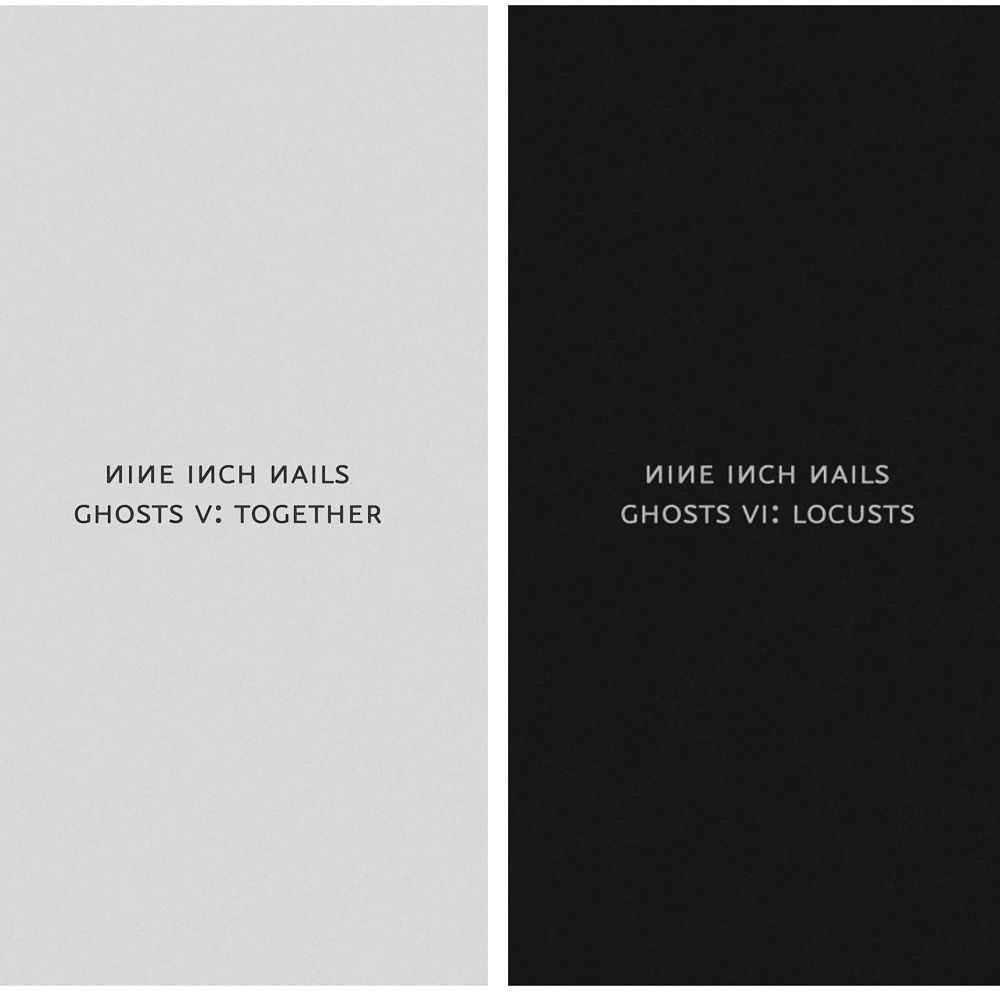 Nine Inch Nails has always been ahead of the curve. From their groundbreaking 1989 debut Pretty Hate Machine to their much-hyped score for Damon Lindelof’s 2019 HBO series Watchmen, they’ve shown a preternatural ability to anticipate trends and shape the cultural conversation. Trent Reznor and composing partner Atticus Ross are disciplined. They have a workman-like approach to creating music. They’re amazingly prolific and the quality of their output is unmatched by any of their peers. And now, as artists around the world struggle to process the horrors of the coronavirus through livestreams and cover songs, Reznor and Ross have done it again. Yesterday’s surprise drop of two-and-a-half hours of new Nine Inch Nails material are the first full-length album responses to COVID-19.

Ghosts V: Together and Ghosts VI: Locusts, released as free downloads on nin.com, were clearly in the works before this pandemic, but they feel like they emerged fully formed out of the chaos and stress of the last few months. The naming convention follows 2008’s Ghosts I-IV, an album consisting of 36 numbered instrumental tracks that, in retrospect, was a big mid-career pivot point. It propelled Reznor and Ross into the temp scores of hundreds of Hollywood editing bays and anticipated their Oscar-winning soundtrack for David Fincher’s 2010 film The Social Network.

But, while Ghosts I-IV feels like a dreamy, wide-ranging series of relatively short experiments, Ghosts V and Ghost VI are longer and more urgent. Five of these songs run over 10 minutes. Their titles convey specific emotions or ironically undermine expectations. The albums are mirrors, one clean and one dirty. They work as a team and comment on each other but can definitely be consumed alone or track-by-track. In the band’s release statement, their intent is pretty clear: “GHOSTS V: TOGETHER IS FOR WHEN THINGS SEEM LIKE IT MIGHT ALL BE OKAY, AND GHOSTS VI: LOCUSTS… WELL, YOU’LL FIGURE IT OUT.” Each album is a mixture of darkness and light, just weighted toward one side of the spectrum.

Ghosts V: Together is the more thematically optimistic of the pair. It’s also the shorter of the two. These eight tracks are big, bold, dynamic, and show a particular mastery of modular synthesis. Brian Eno’s influence is all over this thing but we also get shades of Blade Runner composer Vangelis, longtime David Lynch collaborator Angelo Badalamenti, and Mica Levi’s (aka Micachu) score for Jonathan Glazer’s Under the Skin. The title track recalls moments from Michael Andrews’ score from Richard Kelly’s Donnie Darko. But none of this overshadows the originality of Reznor and Ross’s sound. This is unmistakably a Nine Inch Nails record.

One of the most fascinating songs is “With Faith,” a nine-minute and 40-second meditation featuring a wandering non-Pythagorean top line that never allows listeners to fully connect to the breathy mantra-like bedrock below.

And the outstanding closer “Still Right Here” builds to a beautiful crescendo then breaks over a dance beat around the 4:30 mark before collapsing back on itself in smoldering ruins.

Ghost VI: Locusts, as the title implies, is much more menacing. Songs like “Around Every Corner,” “A Really Bad Night,” and “Right Behind You” convey a sense of overwhelming dread. Both “The Worriment Waltz” and “Run Like Hell” make excellent use of horns and recall “Play the Goddamned Part” and “God Break Down the Door” from 2018’s The Bad Witch. Then there’s “Turn This Off Please,” which is over 13 minutes of pure paranoia.

There’s a feeling of forward momentum to the entire album but we might not like where it’s headed. “Just Breathe,” which could be viewed as a kind of evil doppelganger of “With Faith,” is one long exhalation that lays you down then sits on your chest.

And the final track, “Almost Dawn,” claps back at “Still Right Here’s” cathartic breakdown with a swelling drumbeat straight out of Edgar Allan Poe’s The Tell-Tale Heart.

The effect of listening to these two albums back-to-back is disorienting. If you’re looking for something to provide a polite distraction from what’s going on in the world outside of your home, Ghosts V and Ghost VI are definitely not it. They are heady, confrontational albums that, like the best art, force consideration and conversation. But if you’re looking to engage with the emotional sickness that this virus has inflicted on all of us, this is an excellent place to start.