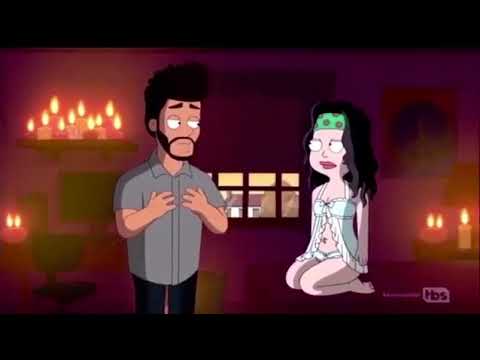 Last month, The Weeknd shared that he co-wrote an episode of the TBS animated series American Dad. Last night, that episode aired and as he promised, a new song was debuted on it.

In the episode, Stan kidnaps Abel Tesfaye in order to teach Roger a lesson about following the rules. However, things go slightly off-track when in an encounter with Hayley, the singer admits that he’s a virgin, which leads into the “I’m a Virgin” song.

“I’ve been watching since high school, but I really appreciated it about seven years ago. It’s been running for so long, and I feel like it has a real cult following. To really enjoy the show in its entirety, you have to really know the characters,” he told Variety ahead of the episode’s airing.