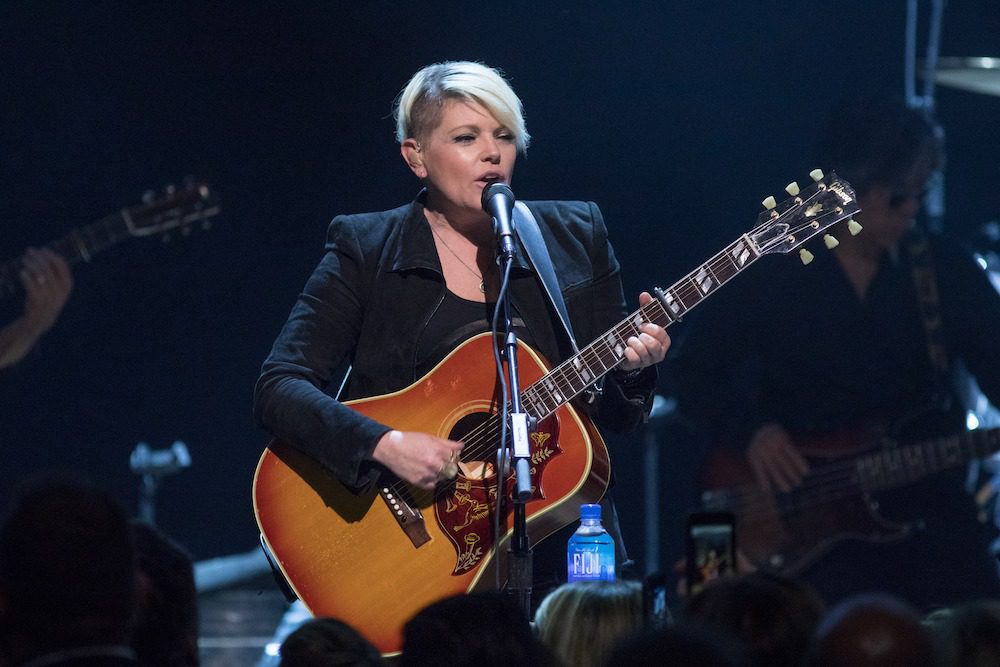 In an Instagram video posted shortly after it was announced that Prine died due to complications from COVID-19, Maines covered Prine’s 1971 classic “Angel From Montgomery.” The song became popular after Bonnie Raitt covered it in 1974.

Maines was joined by her sons on backing vocals and guitar. She joins a growing number of musicians who have covered Prine in recent days, including Jeff Tweedy and Jim James.

Dixie Chicks released “Gaslighter,” their first new song in 14 years in March. They have a new album of the same name that’s slated to be released later this year.

On March 29, his family announced that he was hospitalized due to COVID-19 and was intubated at Vanderbilt University Medical Center in Nashville. He also had pneumonia in both lungs. Prine’s wife Fiona also was diagnosed with COVID-19, but she recovered.

Check out the performance below:

My kids got introduced to John Prine tonight and helped me do a tribute. I❤️John Prine. R.I.P. @jack_slade__ @beckettfinnnn