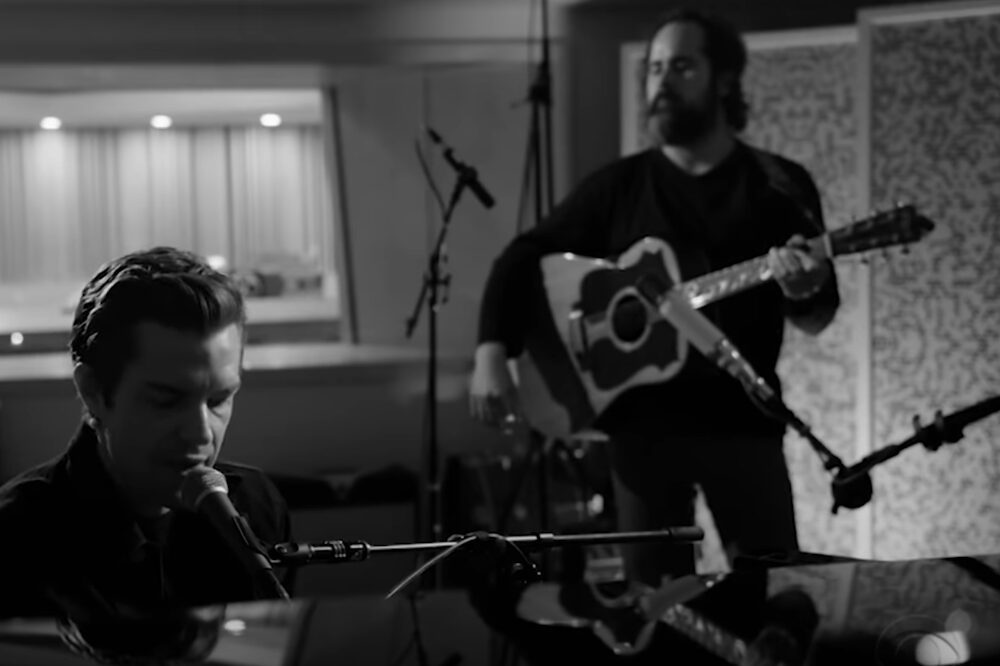 The Killers gave fans a Saturday morning surprise when they debuted a new song, “Blowback,” during their performance on CBS This Morning. Brandon Flowers and Ronnie Vannucci — who appear to be quarantining together in Flowers’ Utah home — played a stripped-down version of the song with the singer on piano and Vannucci on acoustic guitar. They also played “Caution,” the lead single off Imploding the Mirage and covered Tom Petty’s “The Waiting.”

Watch all three performances below.

The Killers share “Fire In Bone,” the second single off Imploding the Mirage, on Friday; however, the song was paired with some bad news. Like many artists, they were forced to delay the release of their upcoming album due to the coronavirus outbreak. The album was supposed to come out on May 29 and they have yet to announce a new date.

After announcing the delay, The Killers have been on a new music spree. Aside from “Fire In Bone” and “Blowback,” they also debuted a song called “Dying Breed” during an Instagram livestream on Friday and previewed yet another, “My Own Souls Warning.”

Imploding the Mirage features collaborations with Lindsey Buckingham, k.d. lang, Natalie Mering from Weyes Blood, Adam Granduciel from War on Drugs and Lucius. The band said they would be announcing a new release date soon.