Weezer, Fall Out Boy Face Off On <i>Celebrity Family Feud</i> 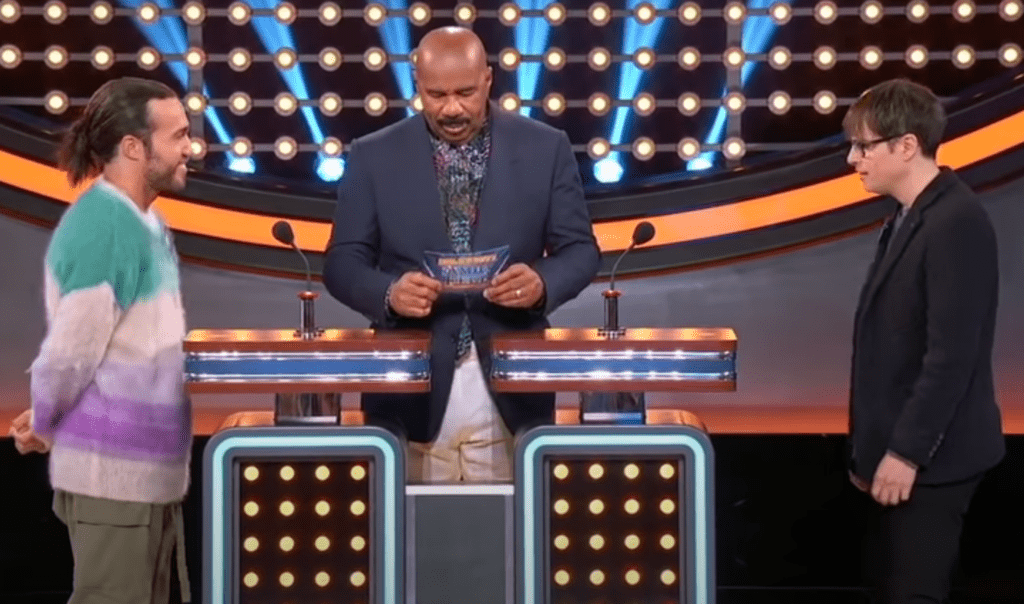 This summer’s Hella Mega Tour, featuring Weezer, Green Day, and Fall Out Boy, was slated to be 2020’s biggest rock expedition. But with cancellations being the new norm, the guys nonetheless found a way to give us a showdown.

Before the Emmy Awards on Sunday (Sept. 20), during what can now be known as one of the most punk-rock game show moments ever, Weezer and Fall Out Boy put their familial bonds to the test with host Steve Harvey on a new episode of Celebrity Family Feud.

Interestingly enough, the band members weren’t the only guys competing. Actor Seth Green — who appeared in the music video for “This Ain’t A Scene, It’s An Arms Race,” played alongside Pete Wentz and Patrick Stump. Both crews also promised to donate their winnings to a charity of their choice: For FOB, that was the Fall Out Boy Fund, while Weezer backed Reverb.

Notably, at the start of the show, Wentz and Weezer frontman Rivers Cuomo hugged for the very first time, which Cuomo said was “maybe the last time” as competitive tensions grew. Spoiler alert: Weezer took the first question, as Cuomo stated that all strippers would look like one’s mother in hell. And that’s just the beginning of the competition.

Check out some highlights below: