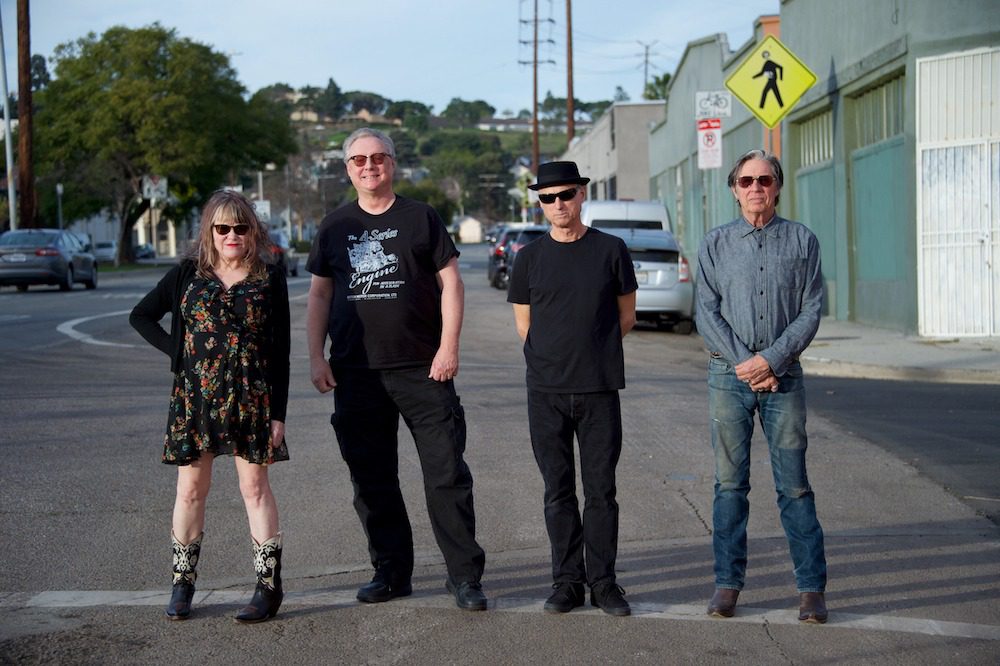 Following the surprise release of their first album in 27 years, X is really ramping up while in quarantine.

The punk veterans shared their video for “Water & Wine,” the first proper tune to emerge from Alphabetland. The song was directed and edited by William Morgan and sees the quartet jamming together in a studio while other footage from assorted films is spliced in.

In our interview with John Doe last week, the bassist explained why the time was right for X to suddenly drop the album with no warning.

“We were going to the same thing we’ve done in the past. Mix it, master it, get everything lined up and put it out in September. Then we realized how timely the music — more lyrics — and that people can appreciate and use something like this now, so we talked to the record company and they said yeah since they had no idea when the printing service would be open again,” he said.

“There were moments we were in the studio and wondered ‘Is this anything,’” he continued. “I’m not gonna lie, if it didn’t work, we weren’t going to do it and we coulda went back on the road. But thankfully it worked.”

Watch the video for “Water & Wine” below: