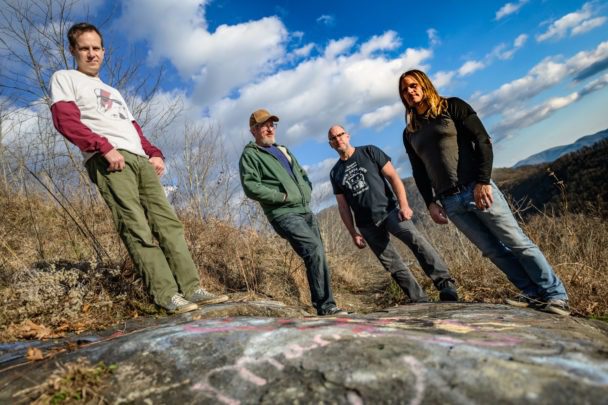 In February, Archers Of Loaf released their first new song in 22 years, “Raleigh Days.” The beloved North Carolina band played some shows soon after and had another tour planned that was supposed to be going on right now, though those dates have now been cancelled. (They currently plan to pick it back up in July in Portland, though who knows how that’ll turn out…)

“Raleigh Days” was supposed to be released on a 7″ during Record Store Day 2020, which was scheduled to happen last week but has now been postponed. Its releases are going to be spread out in three separate drops throughout the rest of the year. It’s unclear when that physical 7″ is actually going to come out, but today Archers Of Loaf are releasing its B-side digitally — it’s a brand-new cover of the Rolling Stones’ Beggars Banquet track “Street Fighting Man.”

Their “Street Fighting Man” cover is out now via Merge.