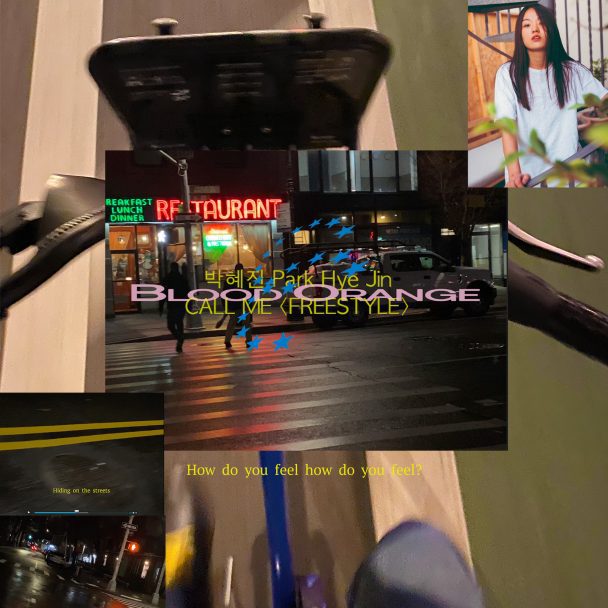 Blood Orange’s Dev Hynes and the Korean musician 박혜진 Park Hye Jin have teamed up for a new collaborative track, “CALL ME (Freestyle),” a rework of Park’s 2018 track of the same name that appeared on her 2018 EP IF U WANT IT. Hynes adds his own vocals to the vibey song, a murky but light piece of electronic smear.

Park released a pretty good EP, How can I, a couple months back. Hynes composed the score to Luca Guadagnino’s new HBO series We Are Who We Are, which premiered earlier this week.