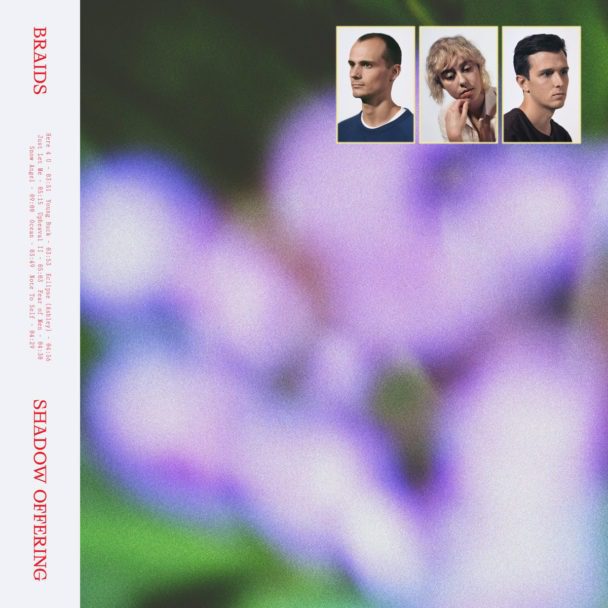 Braids’ new album Shadow Offering was supposed to come out last week, but the band pushed its release date to mid-June. They were deep into the rollout when they did that, though, so we’ve heard a good chunk of tracks from it already, all of them really great — “Eclipse (Ashley),” “Young Buck,” and “Snow Angel” — and today the Canadian trio are giving us another song, “Just Let Me.”

It’s an operatic and tender one, Raphaelle Standell-Preston leading us through the futility of a relationship breakdown: “You’re right, I’m wrong, you’re wrong, I’m right/ The fights, the fights, just wanna lift your arms up and start dancing with you.” The song settles into a glittery stillness, as she begs for connection instead of conflict.

“The song was born of a desire to get through to one’s partner, to work through those feelings of complacency, stagnation, of pointless arguments; when you feel your partner, though sitting across the table from you, is further away than if they were not there at all,” the band wrote in a statement. “It’s a yearning to understand how a love that was once there and so clear, could slip away. It asks the universal question that so many relationships encounter along their journey – where did our love go?“

Watch the video, which was co-directed by Standell-Preston and Derek Branscombe, below.

Shadow Offering is out 6/19 via Secret City Records. Pre-order it here.