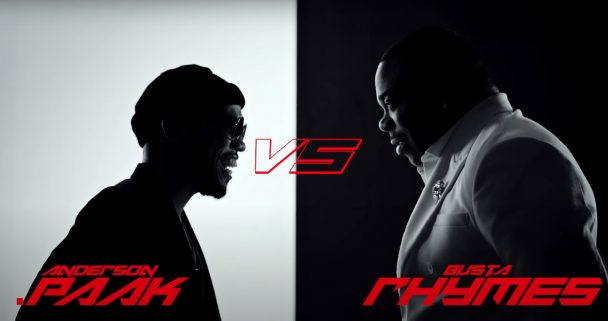 Sometime soon, the eternally energetic rap legend Busta Rhymes will release the new album Extinction Level Event 2: The Wrath Of God. Last month, Busta got Chris Rock to announce the album’s existence. On lead single “The Don & The Boss,” a song that’s mostly notable for the way Busta pronounces the phrase “Megan Thee Stallion” in a fake Jamaican accent, Busta teamed up with Vybz Kartel, the dancehall star currently incarcerated for murder. And now Busta has called in another favor on the next single, a collaboration with Anderson .Paak.

The new song “YUUUU” is a fun, springy back-and-forth between Busta and .Paak, and it’s got production from .Paak. Anderson .Paak was a small child when Busta started his rap career, but .Paak isn’t scared to team up with legends; after all, he started his career working with Dr. Dre. On “YUUUU,” .Paak is in full rapper mode, which we don’t get to hear often enough. He and Busta both seem to really enjoy the chance to go in over .Paak’s itchy, minimal beat.

There is also a video. Busta co-directed the “YUUUU” video with Benny Boom, a rap-video veteran and the filmmaker behind the Tupac biopic All Eyez On Me. In the clip, Busta and .Paak both play elite assassins on missions to kill each other. It’s cartoonish Spy Vs. Spy fun involving big bundles of dynamite and Busta doing the curved-bullet thing from Wanted. Check it out below.

Extinction Level Event 2: The Wrath Of God is coming soon.