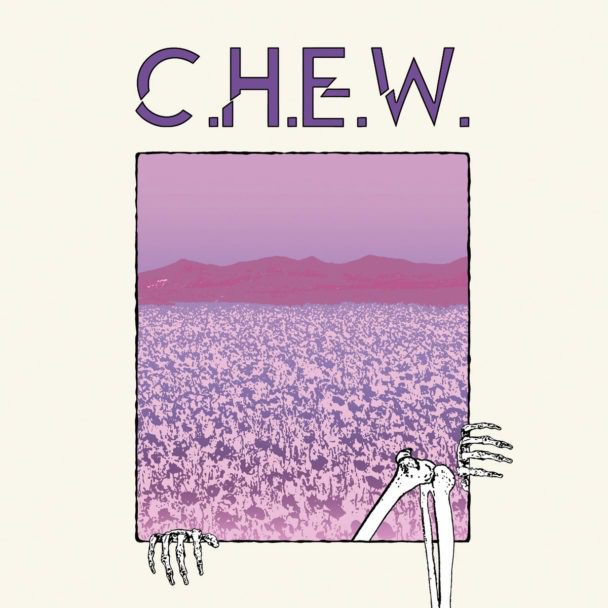 The Chicago band C.H.E.W. play fast, frantic, unrelenting hardcore punk; they sound like what might happen if a sack full of rabid weasels formed a Discharge cover band. C.H.E.W. have been around since 2015, and they’ve become cult heroes on the strength of their chaotic live shows and their dizzily angry 2018 LP Feeding Frenzy. Last year, they released the live album Punx Play 2040, which didn’t really sound any different from their studio records. Today, they’ve followed it up with a In Due Time, a jackhammer-blast of a 7″ EP.

The title has to be a joke, right? In Due Time is the sort of phrase you use when you’re telling someone to be patient. It’s hard to imagine a band more impatient than C.H.E.W. The new five-track EP blasts by in a feverish nine-minute whirlwind; only one song breaks the two-minute mark. If you like raw and noisy and serrated punk rock, then this EP is something you should have in your life. Stream it below.

The In Due Time EP is out now on Iron Lung Records.