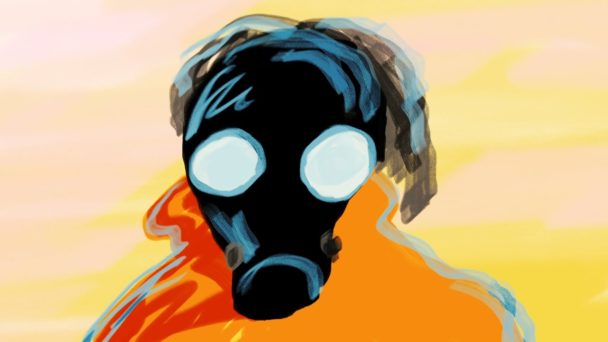 We are rapidly approaching the release of Making A Door Less Open, Car Seat Headrest’s first album since the 2018 re-recording of Twin Fantasy and first collection of new material since 2016’s indie-rock masterpiece Teens Of Denial. Will Toledo says he and the band worked on this batch of songs for a good five years, figuring out how to reinvent Car Seat Headrest in pursuit of an album whose tracks each boast their own “special energy.” Judging by early singles “Can’t Cool Me Down” and “Martin,” it was time well spent.

Today’s new track “Hollywood” is also great — like, really, really great. It’s got a heavy groove, a piercing alt-rock guitar riff, and a throat-shredding hook I can’t wait to sing along with whenever live music returns: “Hollywood makes me want to puke!” The rest of Toledo’s lyrics are nearly as evocative, from tossed-off lines like “Everywhere I go, I’m oppressed by these energies!” to the intense buildup at the end that plays like a movie exec gaslighting some poor sap: “Don’t go back to Oklahoma, what’s in Oklahoma?!” Your adrenaline is all but guaranteed to pump.

Director Sabrina Nichols’ animated video for “Hollywood” just premiered, and you can watch it below.

Making A Door Less Open is out 5/1 on Matador. Pre-order it here.