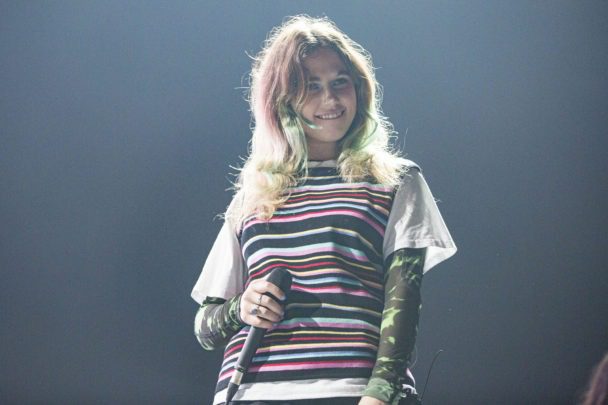 Claire Cottrill’s first releases of 2020 were a pair of lo-fi demos, “february 15, 2020 london, uk” and “Everything I Know.” Now she’s back with a barebones cover of Johnny Flynn’s “Brown Trout Blues” so intimate it feels like you’re in the room with her. In a YouTube caption, she calls it one of her favorite songs.

There’s a lot more where this came from. In a new interview with Beats 1, Clairo talks about her progress on the follow-up to last year’s Immunity: “It’s a lot. It’s like over 30 right now. Obviously that’s not going to happen. Thirty track album like no, but I think I’m just trying to make a lot of stuff. So that I’m able to kind of handpick what I still care about in six months because it becomes obvious much later whether or not it’s like a song. I have a major problem of like thinking that the last thing I made is like my best work.”

I don’t know if this “Brown Trout Blues” cover is Clairo’s most recent recording, and it’s certainly not her best (that’s still “Bags”), but it’s definitely worth a listen. Check it out below along with Flynn’s brassy 2008 original.