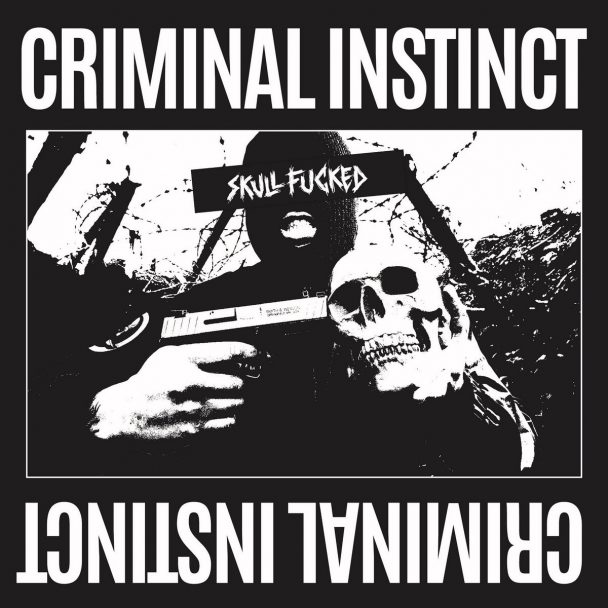 Within hardcore, Criminal Instinct play an important role: They’re the fastest hard band out there. The Atlanta marauders have the feral velocity of early-’80s pioneers and none of the metallic hard-crunch riffage that came to define the genre in more recent decades. But Criminal Instinct aren’t revivalists; they’re too tough and scary for anyone to attach nostalgia to what they do. And now they’re even faster, so look the fuck out.

Last year, Criminal Instinct released Terrible Things, a brutal and thrilling album that jammed 14 songs in to 19 minutes. Today, they’ve followed it up with a new two-song single that makes Terrible Things sound slower than Sunn O))). These two new songs, “Skull Fucked” and “6 More Miles,” blast by in a cumulative minute and a half, and the only words that I can understand on them are the title of “Skull Fucked.”

Criminal Instinct have ventured into rabid powerviolence territory, and it is something to behold. The new music sounds great; Criminal Instinct recorded the tracks with producer Taylor Young, who also did the amazing Drain album California Cursed and last week’s Regional Justice Center/Justice Tripp collab. But the Criminal Instinct songs are also so fast and violent that your brain almost can’t process them. Check them out below.