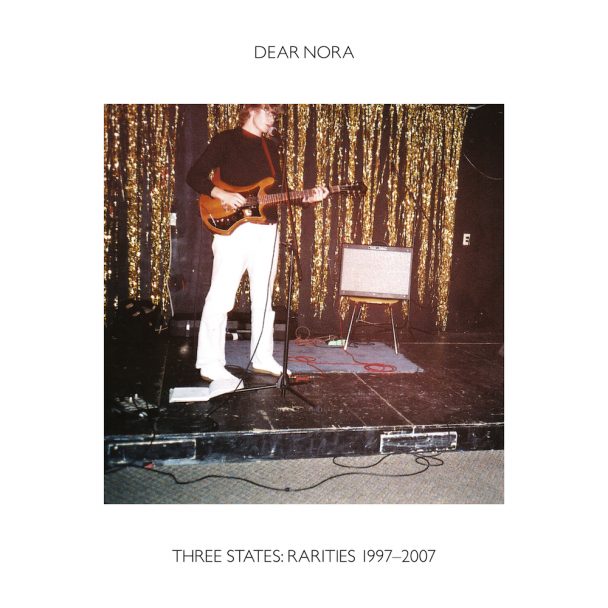 In a couple weeks, Dear Nora are reissuing their career-spanning compilation Three States: Rarities 1997-2007. The new release contains a handful of bonus tracks, including “Time Is Now (Autumn Version),” which project leader Katy Davidson shared last month, and “Hold It Down,” which they have shared today. It’s about geographical separation and how emotional connections can feel both tethering and isolating. “There are so many things/ We know we don’t know,” Davidson sings. “You said ‘I love you’ on the phone/ You’re going home to sleep with the dogs/ I’m in a hotel in France/ Again, I know.”

“I wrote ‘Hold It Down’ back in 2012 when I was on tour in Europe as a session keyboardist with the band Gossip. It was the beginning of the tour, so I had terrible jet lag,” Davidson explained. “I stayed up all night in a Bordeaux hotel room, overlooking a beautiful plaza, thinking about time, distance, and family. I was contemplating the millions of realities that happen concurrently, and how those realities weave in and out of feeling connected and disconnected.”