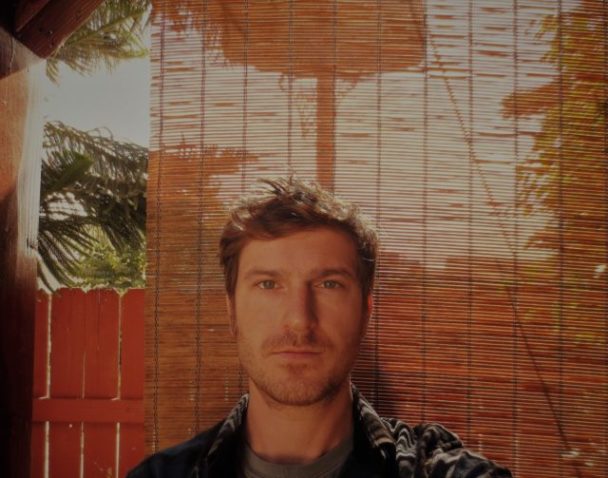 If you’re into tangled and tuneful ’90s-style fuzz-rock — and if you’re reading this site, then god knows you probably are — you should be aware of Disheveled Cuss. Nick Reinhart, frontman for the Sacramento band Tera Melos, has been making music on his own under the Disheveled Cuss monicker, and it doesn’t really sound anything like Tera Melos. Instead, Reinhart has been drawing on the ’90s bands who existed somewhere on the border between grunge and punk and power-pop. (Think Sugar.) Reinhart is gearing up to release the self-titled Disheveled Cuss debut album, and we’ve already posted the early tracks “Wanna Be My Friend” and “She Don’t Want.” Today, Reinhart drops off another one.

The new Disheveled Cuss song is called “Oh My God,” and it’s a propulsive rocker with a bemused lead vocal and a big central hook. The lyrics are about a personal freakout: “Oh my god/ How am I so fucked?/ I don’t know why.” It all builds up to a righteous guitar crescendo. Listen below.

In a press release, Reinhart says:

Finishing the Disheveled Cuss record took a long time because I wasn’t able to fully prioritize it or even really afford it. Drums were originally recorded in late 2015, then a hard drive was damaged and we lost what we had done. Then we finally got back around to re-recording drums in 2018. By the end of that year it seemed like my band Tera Melos was gonna be slowing down for the foreseeable future. I felt like I still didn’t have the resources or motivation to shift my attention to finishing the Disheveled Cuss record.

In early 2019 I’d heard that the band Bully was looking for a guitar player. I went to Nashville and auditioned for them, which was something I’d never done. They were all so great and we had fun jamming their songs, but they ended up going with someone else. I did end up filing in for one show with them in mid April of 2019. When I got home I felt so weird and listless about not really having much going for myself. So I was like “fuck it” lemme just finish this thing and by the end of the month I was in the studio.

“Oh My God” was the first song to feel fully completed and realized. The lyrics ended up being about a bunch of little things that can really bum you out and it wasn’t until months and months later that I realized — wait, this is a song about being depressed. Oh I get it — I’m depressed! And then all of the sudden everything made much more sense to me. I think it’s my favorite song on the record. Funny how that works.

Disheveled Cuss is out 6/12 on Sargent House.