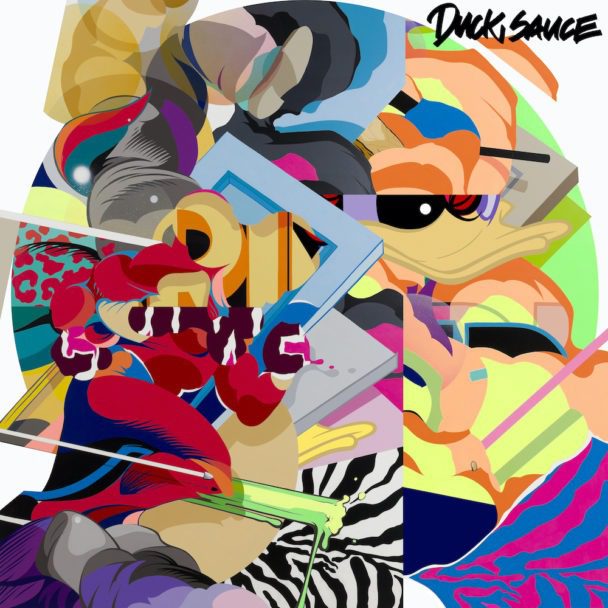 About 10 years ago, the veteran turntable wrecker A-Trak teamed up with the house music pioneer Armand Van Helden to form the duo Duck Sauce. They made a couple of immortal bangers and released one album, 2014’s Quack, before disappearing into the ether. Earlier this year, Duck Sauce returned. They were supposed to play Coachella, and maybe they still will on the rescheduled October dates. In the meantime, they’ve been cranking out a steady string of new jams: “Smiley Face,” “Get To Steppin,” “Captain Duck.” Today, they’ve got a new one.

“I Don’t Mind” is a straight-up house track that recalls the French Touch sound of the late ’90s and early ’00s. Like a lot of Duck Sauce tracks, it rides a chattering, pitched-up sample. (I haven’t figured out what the sample is yet, but I feel like it’s something obvious that I just can’t call to mind. Let us know if the comments if you can tell.) It hits hard.

Duck Sauce should get more credit for their basslines. This one’s got a nasty rolling low end, and that alone gives it a connection to classic dance music that most recent EDM just doesn’t have. I don’t know if Armand Van Helden, a man who’s been making records since the early ’90s, is responsible for that bassline, but it sure sounds like his work. Check the song out below.

“I Don’t Mind,” like all the other recent Duck Sauce singles, is out now on all the streaming platforms. All four tracks have been collected on the self-released I Don’t Mind EP, out now.