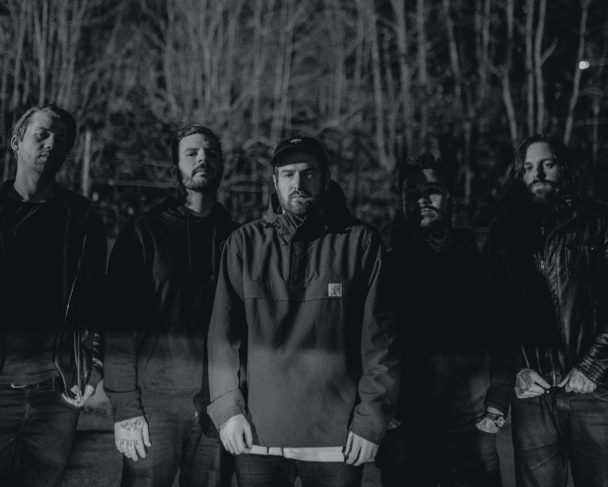 Brendan Murphy leads the metallic hardcore band Counterparts, and Counterparts are plenty heavy. But when Murphy wants to make something really heavy, he assembles End, a sort of underground supergroup that also features current and former members of bands like Fit For An Autopsy, the Dillinger Escape Plane, Shai Hulud, Blacklisted, and Misery Signals. End released their debut EP From The Unforgiving Arms Of God in 2017. In June, they’ll follow it up with the excellently titled full-length debut Splinters From An Ever-Changing Face. That album is shaping up to be a monster.

We’ve already posted the utterly ferocious early track “Pariah.” Today, End have dropped a video for the album opener “Covet Not,” and it is some ugly shit. “Covet Not” starts as pure roiling death metal and then spends the rest of its three minutes snapping in and out of bruising riffage. Murphy delivers all his warrior-poet lyrics — “I am one with rotting flesh, gagging on the fumes disguised at Christ-like winds leading me away from sky” — in a strangulated roar. This is music for powerbombing each other through merch tables. It’s intense.

Director Eric Richter’s video is simple enough: It’s just the band playing in a brick building. But the jagged editing and constant strobe lights at least evoke the chaos of being in a ripshit crowd. Check it out below.