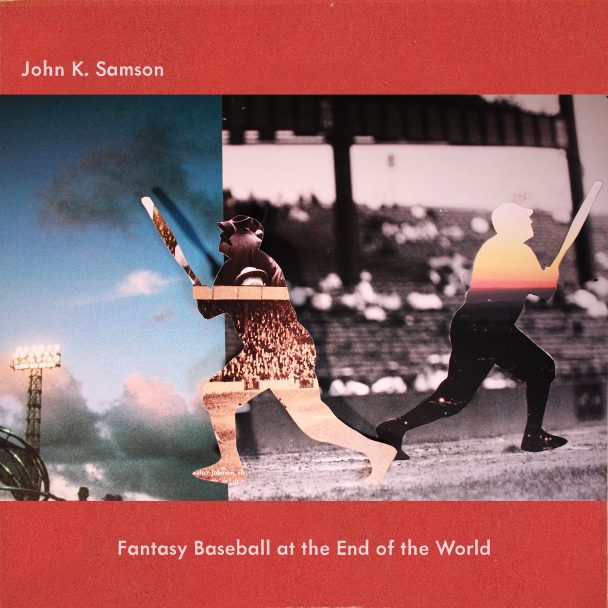 Because we live in a pandemic-poisoned dystopia, today, July 24, is opening day for many Major League Baseball teams. (Yesterday was opening day for some, which resulted in this incredible tweet about Dr. Anthony Fauci’s opening pitch for the Washington Nationals.) The odd circumstances of the season have inspired a new single from former Propagandhi bassist and Weakerthans frontman John K. Samson.

Back in February, Samson released “Millennium For All,” a protest against airport-style security that caused a massive drop in attendance at Millennium Library in his native Winnipeg. Today’s new song “Fantasy Baseball At The End Of The World” is not quite so specific but is topical all the same. Specifically it’s about taking some strange comfort in the knowledge that Donald Trump will die someday, and in the meantime putting in the work to organize “something better, something beautiful.”

“I manage my fantasy baseball team better than I manage my anger these days,” Samson sings. “And I’d trade my best pitcher for a draft-pick and picture of the president writhing in pain.” It’s less than two minutes long and amounts to nothing but words and barebones guitar, but it accomplishes a lot with those limited resources.

Hear “Fantasy Baseball At The End Of The World” and the aforementioned “Millennium For All” below.

“Fantasy Baseball At The End Of The World” is out now on ANTI-.