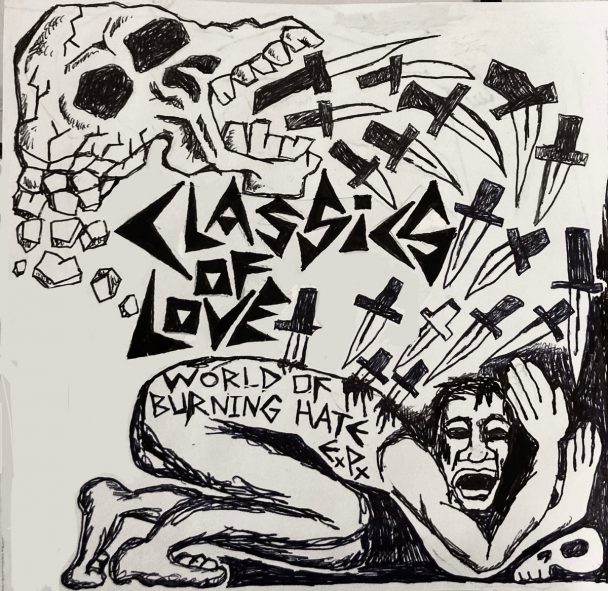 Operation Ivy broke up in 1989, but the Berkeley ska-punk band’s influence lingered long after that. When I was in high school, copies of Op Ivy’s one album were basically issued to every teenager who showed the slightest interest in punk rock. After Op Ivy broke up, guitarist Tim Armstrong and bassist Matt Freeman went on to form Rancid, and they’re still playing in that band. But singer Jesse Michaels has been a mysterious presence, only showing up to make music every once in a long while.

In 2008, Michaels formed a ska-punk band called Classics Of Love, and they released one album and a couple of other records before breaking up in 2012. As Brooklyn Vegan reports, Michaels has just resurfaced with Classics Of Love and released a new EP called World Of Burning Hate. But this new Classics Of Love has a new three-piece lineup, featuring members of the Alice Bag Band and Los Nauticals, and it sounds nothing like the last one.

This new Classics Of Love wrote and recorded World Of Burning Hate at their practice space during quarantine. The new EP has no ska whatsoever. Instead, it’s fast, simple, intense old-school hardcore, rendered in raw and lo-fi style. The EP has five songs and lasts less than 10 minutes, and Michaels still has a great ragged urgency in his voice. Check out the EP below.

The self-released World Of Burning Hate is out now, and you can get it at Bandcamp.