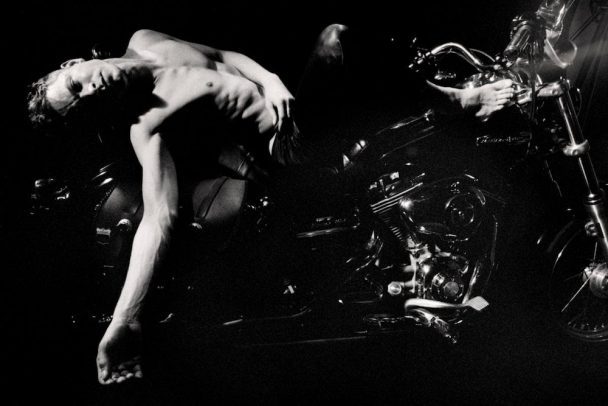 Leonard Cohen’s “Bird On The Wire” is one of those songs that will never go away, that people will never tire of covering. The first cover version of “Bird On The Wire” actually came out before Cohen’s own take on the song. Judy Collins released her cover in 1968. Cohen’s own take on the song didn’t come out until a year later, when he released his sophomore LP Songs From A Room. In the years since, Joe Cocker, Fairport Convention, the Neville Brothers, Johnny Cash, Willie Nelson, and a whole lot of others have also recorded their takes on the song. And now Perfume Genius has sung “Bird On The Wire” as a near-religious reverie.

A few months ago, Perfume Genius released the excellent album Set My Heart On Fire Immediately. It can’t be easy to promote an LP during a pandemic, but he’s done everything he can. This morning, as Brooklyn Vegan points out, Perfume Genius appeared on the long-running KCRW show Morning Becomes Eclectic, playing a short set with a backing band that includes Hand Habits’ Meg Duffy on guitar and longtime collaborator Alan Wyffels on keyboard. Together, they perform the Set My Heart On Fire Immediately tracks “On The Floor” and “Jason,” and then Mike Hadreas sings “Bird On The Wire.”

Introducing the cover, Hadreas says, “If I could play this cover anywhere, I think I’d want to play in a big church with a big pipe organ, or if somehow we could get the pipe organ into a deep, dark cave.” He then sings a short version of the song over a droning, sighing organ sound. It makes a great showcase for Hadreas’ tender, virtuosic vocals. Check it out below; the “Bird On The Wire” cover starts at the 8:53 mark.

Set My Heart On Fire Immediately is out now on Matador. Read our We’ve Got A File On You feature on Perfume Genius here.