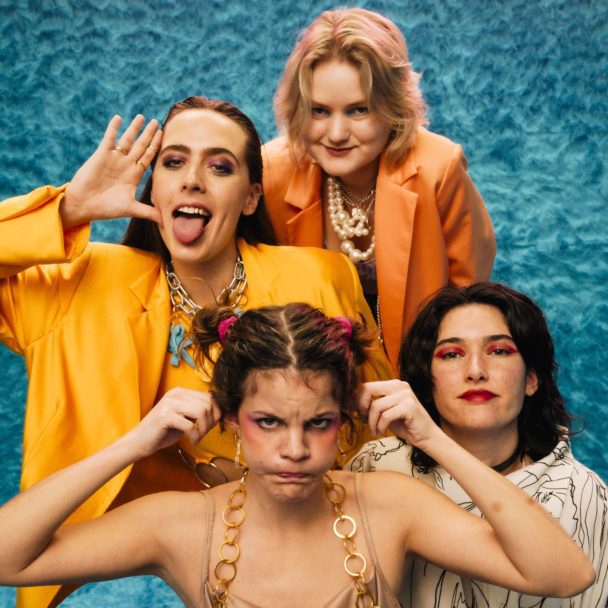 Hinds have been rolling out their third album, The Prettiest Curse, ever since “Riding Solo” dropped last December. When they officially announced the LP with the release of “Good Bad Times,” it was scheduled in early April. That was still the plan when “Come Back And Love Me” came around, but that was about a week before the world began to comprehend the scope of the coronavirus pandemic. So now, The Prettiest Curse is coming out in early June, and we get another new Hinds single to hold us over.

Segueing from funkily pulsating verses to a fuzzed-out garage-pop chorus, “Just Like Kids (Miau)” is a clapback at all the sexist input Hinds have consistently received throughout their career. As the band explains in a statement, “Miau is a cocktail of all the comments and ‘advice’ we’ve had to listen to during all this years in the band. From random strangers, ‘friends,’ and industry. Oh wait…the guy sitting next to you in the bus probably has an opinion too! If you wondered how does it feel to be a girl in a band, here you go.”

Watch director Keane Pearce Shaw’s video for the track below.

The Prettiest Curse is out 6/5 on Mom+Pop.