Multi-genre music producer and upcoming Nigerian artist Icebeatchillz, formerly known as Ice Beat, has recently unveiled his latest creation, a fantastic afro-dancehall track featuring his massive collaboration with dancehall legend Beenie Man, on the single and music video titled “Area.” The all star duo have crafted an addictive track about a guy’s fantasy chase of a beautiful woman. The title “Area” was chosen with the purpose to remain ambiguous, referring to anything one is simply proud of.  Beenie Man found himself in the studio freestyling to the song, right after listening to the first bars of the track.

“Area”’ music video was shot in Jamaica and Nigeria, and directed by one of Nigeria’s top directors, Adasa Cookey, and co-directed by Jamaican video director, Steven Bernard.

A former soccer player, Icebeatchillz discovered his innate artistic skills as a young boy in church where he began to teach himself all kinds of musical instruments with a rare precision. Icebeatchillz also took advantage of his university years to teach himself the art of production, and has since worked with some of the biggest management agencies turned record label in Africa, List Entertainment.

A rising star, Icebeatchillz is deploying his unlimited potential on his latest single and music video, and “Area” will help him reach new fans in no time. 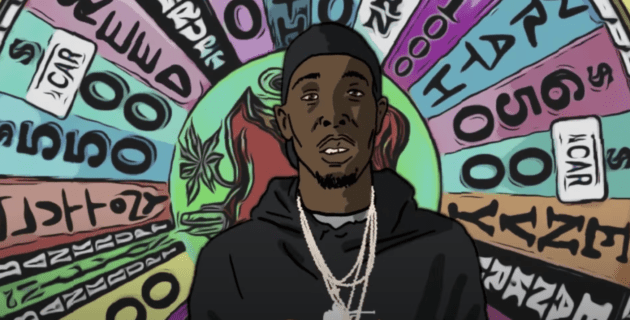 It’s wheel of fortune! DJ Muggs and Rome Streetz keep the wheels spinning in their animated video off their new album, Death & The Magician. Illustrated with images of the album’s theme and the popular television game show, Rome Streetz dabbles in riches and cashes out to DJ Muggs’ beat. Would you like to solve […] Grand opening, grand closing. Curren$y gets the keys in the latest music video off his recent LP, Collection Agency. Shot by Yuset Pozo, Spitta Andretti stunts in a multi-car garage full of magnificent whips including a 82nd Indy 500 Corvette, bouncing Impalas, a luxurious Rolls Royce, and many more. Choose wisely.

Right here. Jack Harlow and EST Gee take it down “Route 66” in their new music video. During their travels along the southeast Kentucky highway, the two Louisville rappers turn up with friends at various pit stops including the famed Churchill Downs racetrack. Buckle up. The collaboration is off Jack Harlow’s 2020 debut album, That’s […]