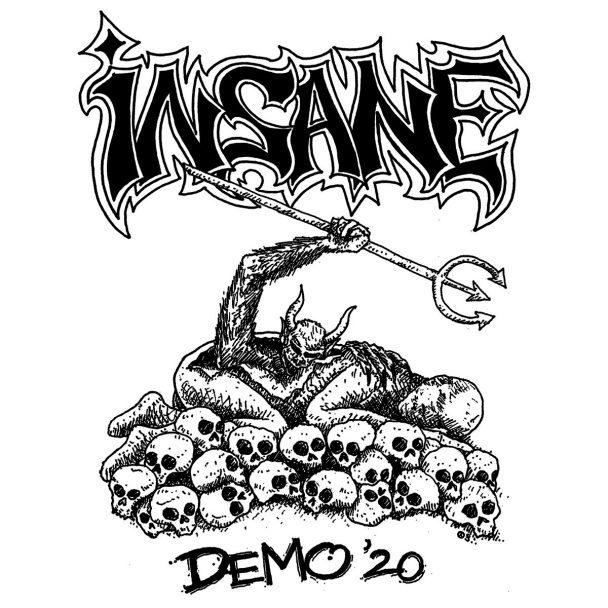 “Insane” is a fun word, and it’s one I probably use too much, but it’s not a very functional band name. If you call your band Insane, you make your band effectively impossible to Google, and you run the risk of any conversation about your band turning into an Abbott and Costello routine. But maybe you don’t care! In which case, cool!

For those who do care: Insane is the name of a new hardcore band from West Java, Indonesia, and they just put out an absolute ripper of a demo. I know nothing else about this band, and internet research is not much help in this case. But Insane sound huge. Their songs are in English, and their style owes a whole lot to American youth crew hardcore. Their riffs are strong, their bass tone is nasty, and they’re really good at midtempo bludgeon. Closing track “No One Hear” — I think that’s a linguistic mistake, not a pun — shows that they can do melody, too. The four songs on their demo have a real bounce to them, and it’s not hard to imagine a room being torn to pieces while this band is on.

I wish I knew more about the punk and hardcore scene in Indonesia, but it’s apparently huge and thriving. I hope so. I hope this band Insane becomes huge, to the point where they’re the first thing that comes up when you Google their name. In the meantime, stream their demo below.