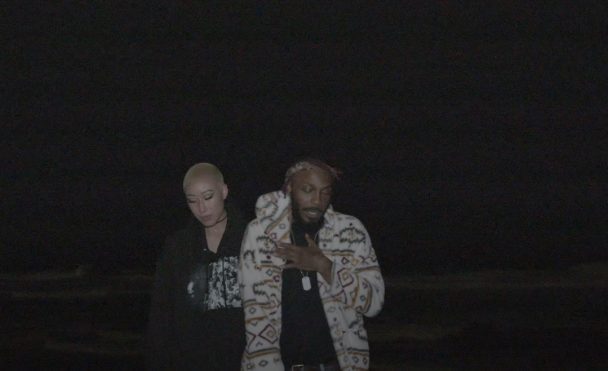 Last year, Baltimore brain-wrecker JPEGMAFIA, one of the greatest noise-rap experimentalists currently walking the earth, released his album All My Heroes Are Cornballs. Since then, Peggy has dropped a small flood of one-off singles. Last night, he shared a new song that heavily interpolates a classic.

Last night, JPEGMAFIA followed up his June track “THE BENDS!” with a video for a new song called “Living Single.” It’s a woozy, slippery quasi-love song where Peggy claims that he’s “got the four-four on [him] like Hacksaw Jim Duggan” and notes that he’s got “fans same color as voice of Tim Duncan.” On the song, JPEGMAFIA also sweetly croons the hook of Mariah Carey’s “Always By My Baby” through heavy Auto-Tune.

“Always Be My Baby,” a #1 single from 1996, is arguably Carey’s greatest contribution to the world. JPEGMAFIA already posted a chaotic cover version of it on YouTube back in February. Now, he’s fully integrated it into his own music. There’s at least some chance that “Living Single” is the most accessible track that JPEGMAFIA has ever released, though it will definitely not turn him into a pop star. Check out the murky, self-directed video below.

We missed this when it came out a week and a half ago, but JPEGMAFIA also recently teamed up with Tommy Genesis on a song called “ROUGH 7,” and it slaps. Here’s that video:

“Living Single” is out now on EQT Recordings.