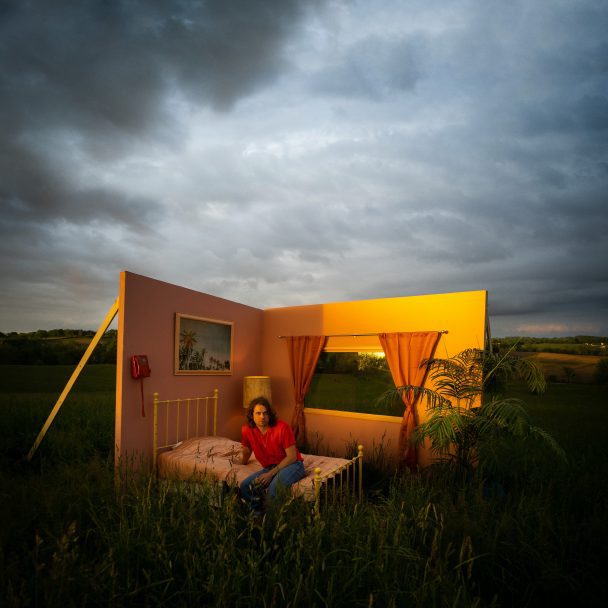 Next week, Kevin Morby is releasing a new album, Sundowner, his quick follow-up to last year’s double LP Oh My God. We’ve heard “Campfire,” “Wanderer,” and “Don’t Underestimate Midwest American Sun” from it already, and today Morby is sharing the album’s title track. It’s an unspooling yarn about wandering with your eyes to the horizon: “I am a sundowner/ So live and leave/ I am a sundowner/ Don’t let the sun run from me.”

“When I first moved back home to Kansas after having lived on both coasts for over a decade, I found myself – for the first time – dreading the sun going down,” Morby said in a statement. “This was a foreign feeling for me,” continuing:

In both Los Angeles and New York, I resisted the day light and thrived in the night – something I have sung about many times, most notably on my album City Music. But suddenly there I was, isolated in the Midwest in late autumn – the days growing increasingly shorter – chasing the sun as best I could.

Sundowner is out 10/16 via Dead Oceans. Pre-order it here.