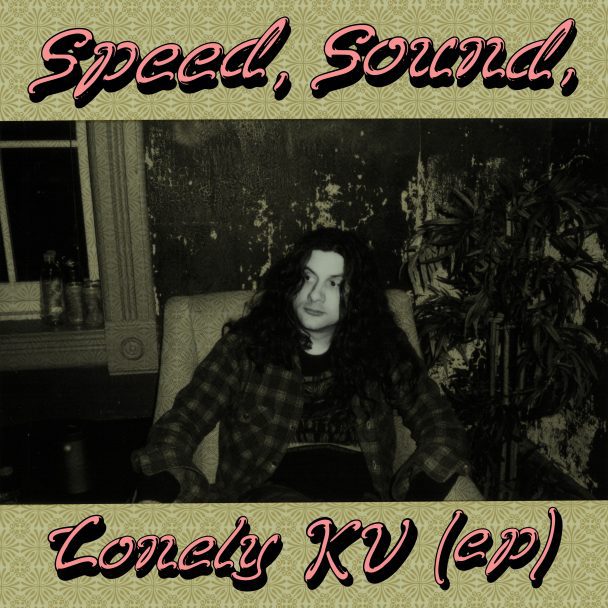 This steady stream of covers paying tribute to the late, great John Prine has continued this month with offerings from Califone and Wynonna. Today we hear another one, but it was recorded before Prine’s death, and it features the man himself.

Kurt Vile recorded Speed, Sound, Lonely KV (ep) in various Nashville sessions over the past four years, under the guidance of former Johnny Cash sideman David “Fergie” Ferguson, a connection ordained by their mutual friend, guitar journeyman Matt Sweeney. Vile worked with players including Sweeney, the Black Keys’ Dan Auerbach, and local legends Bobby Wood, Dave Roe, and Kenny Malone. He recorded two new originals plus three covers. One of those covers is “Gone Girl” by the late “Cowboy” Jack Clement, an old associate of Fergie’s whose out-of-print All I Want To Do In Life is a Vile favorite. Two are by Prine: “Speed Of The Sound Of Loneliness” from 1986’s German Afternoons and “How Lucky” from 1979’s Pink Cadillac.

Prine himself sat in on the latter, which today results in his second posthumous recording following June’s “I Remember Everything.” Along with the music today, we get Vile’s story of meeting Prine while in Nashville to work on this project:

It was backstage at the Station Inn where Ferg introduced me to John Prine for the first time. And the first thing John told me was that he heard and liked my version of “Speed of the Sound of Loneliness.” I knew Ferg had showed him that recording, but it was wild to hear him acknowledge it to say the least…. meeting him then was a perfect moment to do so, but also comical… I had my daughter Awilda back there with me at that moment — who was 6 at the time — and other interesting people were around like Billy Ray Cyrus, who was being really funny and cool… the other big reason I was there in Nashville at that time was to catch Prine’s two 70th birthday shows at the Ryman… so to see him a couple nights before his big shows, warming up on such a tiny stage in a moment when i was sort of “in the scene” was a real treat and a trip… i had to break the ice by asking Billy Ray in front of everyone if he ever heard that Cypress Hill song where they namedrop him, to which he replied ‘no, i never heard it!’”

Vile actually shared this Billy Ray Cyrus anecdote once before at a special acoustic performance I attended at the Matador Records office two years ago. Sweeney was there that night to interview Vile about 2018’s Bottle It In. It all makes sense now! Anyway, the day after meeting Prine, Vile and company returned to the Butcher Shoppe with Prine in tow to record “How Lucky.” Vile calls it “probably the single most special musical moment in my life.” Hear the results below, along with Prine’s original track.