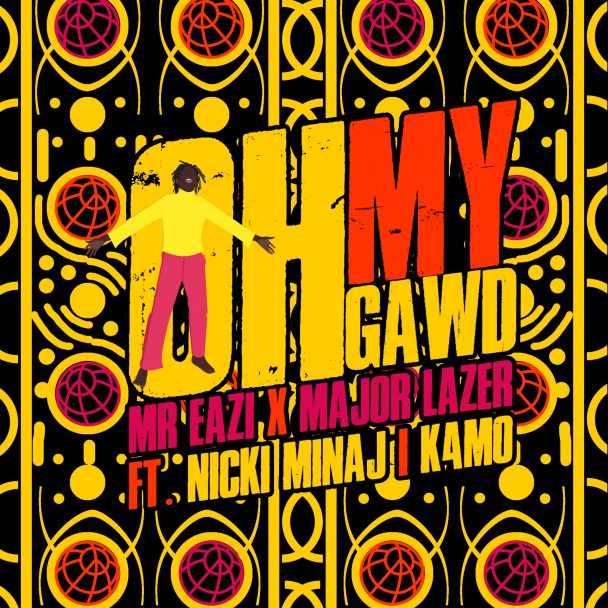 Major Lazer are ramping up to the release of their fourth LP, Lazerism. Back in May the Diplo-led crew started teasing “Oh My Gawd,” a new collaboration with Afrobeats sensation Mr. Eazi also featuring rap and pop superstar Nicki Minaj and Eazi’s fellow Nigerian K4MO. It was supposed to drop in July, but it’s been delayed a few times, much to Minaj fans’ consternation.

The Barbz can now relax because the track is finally out. “Oh my gawd, I’ve never seen a bottom like that,” K4MO begins, proceeding to express his admiration and desire for said bottom. Eazi and Nicki both show up to glide over the contagiously rhythmic Afrobeats/dancehall/EDM production. It’s too bad this didn’t drop earlier in the year because it has big summer hit vibes. Given Minaj’s recent return to chart success with her first two #1 hits, maybe it will still make moves on the Hot 100 anyway.

A statement from Eazi:

This record was really fun to make, and it’s crazy how it went from hearing a K4mo intro in the studio with Fred Again, to me jumping on it and then Diplo hopping in! And Walshy hitting me up to say it’s a banger—next thing Nicki is on it! Been a journey really, like two years in the making and I can’t wait to perform it at my next festival!

Watch an entertaining twerk-heavy dance video for “Oh My Gawd” below.