Preview New Music Arcade Fire Have Been Working On Under Quarantine 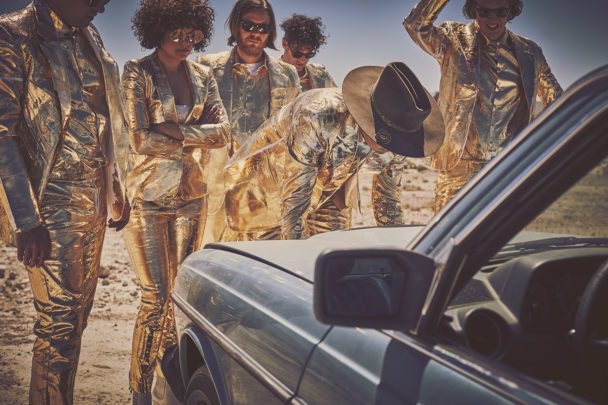 On his 40th birthday, Win Butler shared a note revealing that Arcade Fire had begun recording the follow-up to 2017’s Everything Now and that work was continuing under quarantine. Now Butler has taken to Instagram to share some brief snippets of that music. It sounds pretty good!

The Everything Now era was divisive to say the least. Arcade Fire tried new sounds and a new shtick, and a significant chunk of us deemed the experiment a failure. Despite the cleverness and ambition powering Everything Now’s multimedia art project, its cynicism and lack of hooks rendered it far inferior to the earnest widescreen catharsis that made them so great in the first place. (I maintain that Funeral is the greatest indie rock album of the 21st century.) It was like U2’s ’90s wilderness era all over again.

I’d like to believe Arcade Fire can evolve without losing that essential spark, that they can recapture their old glory without making their own All That You Can’t Leave Behind. But at the risk of boxing the band in, I’m cautiously excited to hear musical fragments that hearken back to the sound of The Suburbs. Redditor Blips150 compiled several of Butler’s Instagram stories into one slightly less ephemeral video. It’s not much to go on, but three years removed from the last Arcade Fire album, any little bit of new music is welcome.

Watch the compilation of Butler’s preview snippets below.

I’m seriously losing my mind over these, picking up on them Suburbs vibes from r/arcadefire