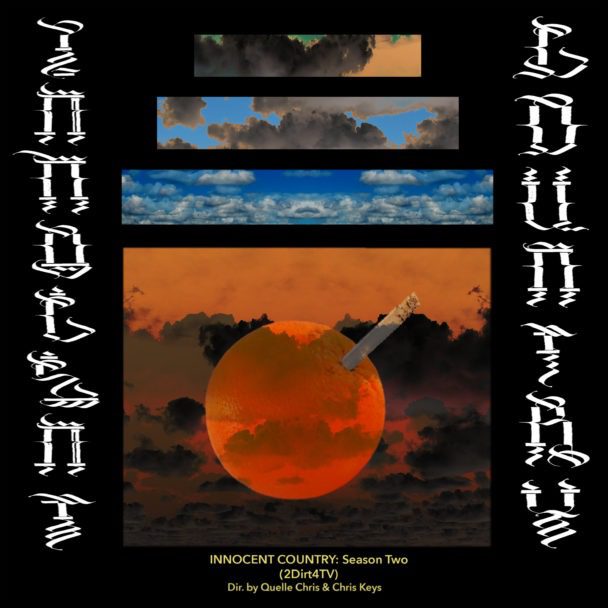 The Detroit-raised, Brooklyn-based rapper and producer Quelle Chris is following up last year’s Guns with Innocent Country 2, a sequel to his 2015 collaboration with producer and multi-instrumentalist Chris Keys. Every song on the album was co-produced by both Chrises, and it also features guest spots from Earl Sweatshirt, Pink Siifu, Billy Woods, Denmark Vessey, comedian Josh Gondelman, and more.

Quelle Chris and Chris Keys have already shared two tracks from the LP, “Sudden Death” and “Living Happy” featuring Joseph Chilliams and Cavalier. And now, they’re back with a new one, “Sacred Safe,” which again features Cavalier, Quelle Chris’ Mello Music Group labelmate Homeboy Sandman, and Tune-Yards mastermind Merrill Garbus. In an interview with Hypebeast, where the song premiered, Chris explains how the collaboration with Garbus came about:

We did the JoCo Cruise together early 2019 as performers and guests. An innumerable amount of beautiful friendships have blossomed from those cruises (shout out Jonathan Coulton and all the sea monkeys). We’re both fans of each other’s stuff and post cruise said the ‘ole musician’s “we gotta link up after this” bit. And then we actually did it. Which is unicorn level rare shit in this universe. Like the rest of this album it couldn’t have worked any other way. Merrill’s the shit.

Listen to “Sacred Safe” below.

Innocent Country 2 is out 4/2 via Mello Music Group.