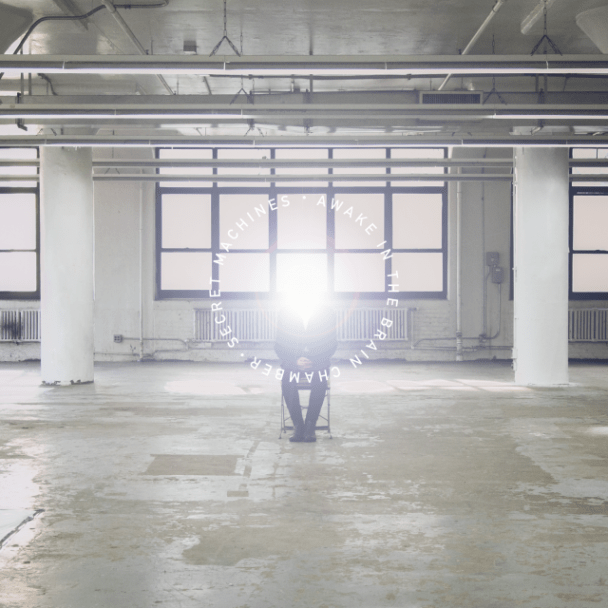 Secret Machines are coming back with their first new album in 12 years. The newly reunited space-rock band, now a duo composed of Brandon Curtis and Josh Garza, announced the LP Awake In The Brain Chamber and shared its lead single “Talos’ Corpse” last month. Brandon’s brother Benjamin Curtis, who left the band in 2007 to focus on School Of Seven Bells and died of cancer in late 2013, helped mix and produce the album, and he also played guitar on new single “Everything Starts.”

“Some place in the back of my mind I guess I was hoping I could write a Fleetwood Mac song. But It kept coming out all weird,” Brandon says. “I read a quote from Wayne Coyne, something like ‘If you are writing a song and you immediately like it, it’s probably no good. But when it sounds weird or if you just don’t know about it, that ’s the good stuff.’ Well, for some insane reason that has stuck with me. So I called my brother to see if he could play something that Lindsey Buckingham would play and he came back with what we have here. Sort of saved it from my own worst inclinations, or at least that’s my opinion.”

“Awake In The Brain Chamber is as much about new beginnings as it is about honoring and appreciating the past,” adds Garza. “When I close my eyes and listen to ‘Everything Starts’ I see three guys in a room playing music. I see Ben, Brandon and me … we’re all playing our instruments, we’re all smiling and it’s probably a bit too loud. For a brief and infinite five minutes, I’m taken to a sonic landscape that is special and unique, with a sound that only Benjamin can deliver. I’m glad we’ve been given this chance to honor his legacy in this way, and to fold this final collaboration into a new chapter for Secret Machines.”

Listen to “Everything Starts” below.

Awake In The Brain Chamber is out 8/21 via TSM Recordings. Pre-order it here.