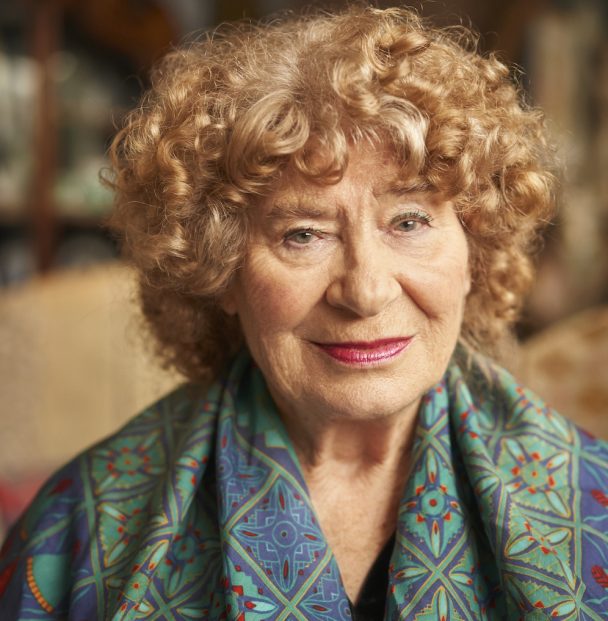 Last month, Shirley Collins announced her new album Heart’s Ease. It’s the followup to the legendary folk singer’s 2016 collection Lodestar, which in turn was her first album since the late ’70s. Now that she’s back to making music, apparently she’s not wasting any time. Along with the announcement of Heart’s Ease, Collins shared a new song called “Wondrous Love.” And today, she’s back with another one.

The latest preview of Heart’s Ease arrives in the form of “Sweet Greens And Blues.” And while it’s one of the non-traditional songs on the album, the composition has plenty of its own long history to it. The lyrics were written by Collins’ first husband, the graphic artist and poet Austin John Marshall who was behind the idea to first have her work with Davy Graham in the mid-’60s. Collins found it on a tape among hundreds she has. “And there was me singing it in the Sixties, with Davy Graham playing guitar,” she explained in a statement.

Yet the song had never been finished for any of Collins’ releases. For this new version, she was accompanied by guitarist Nathan Salsburg. (The exclusive Domino vinyl edition of the album comes with a 7″ featuring the original recording with Graham.) After a long intro, Collins starts singing Marshall’s words musing on their life at the time. “If we don’t make it this year/ See what next year can bring” to “Now the children are growing … one is just three years/ The other’s about four/ They plague us with questions,” she sings with a hint of a laugh, before ultimately concluding that the kids remind them of the titular sweet greens and blues. It turns out Collins wanted to record the song now so her and Marshall’s children could have it. Check it out below.