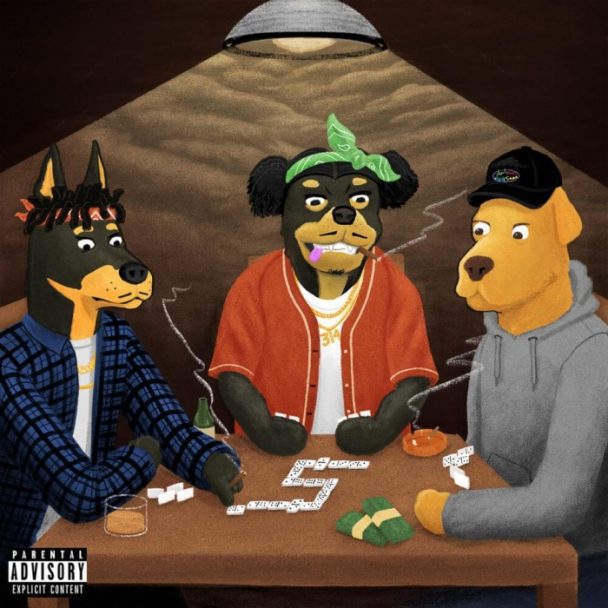 A few months ago, Smino, the melodic and quick-tongued Chicago-via-St. Louis rapper, came out with his Already Decided mixtape. Today, he’s followed up that mixtape by packing a whole lot of exciting young starpower onto one single. On the new song “Baguetti,” Smino teams up with his fast-rapping Atlanta peer J.I.D and with the producer and YouTube personality Kenny Beats. That’s a hell of a team!

“Baguetti” is a hazy, breezy built on a lazy, bluesy guitar loop, and it seems to show what happens when to breathlessly gifted rappers get into a competition to see who can be the most nonchalantly technical at the same time. Smino, in particular, does a laid-back sing-rapping thing, but he also stacks vast numbers of syllables on top of each other. J.I.D goes into wild double-time flows without ever easing out of his conversational delivery.

It seems possible that “Baguetti” comes from the Revenge Of The Dreamers sessions that J. Cole held last year, since all three artists were present. The song first leaked online last week, but it’s now a legitimate single, and you can hear it below.

“Baguetti” is out now on the streaming services.