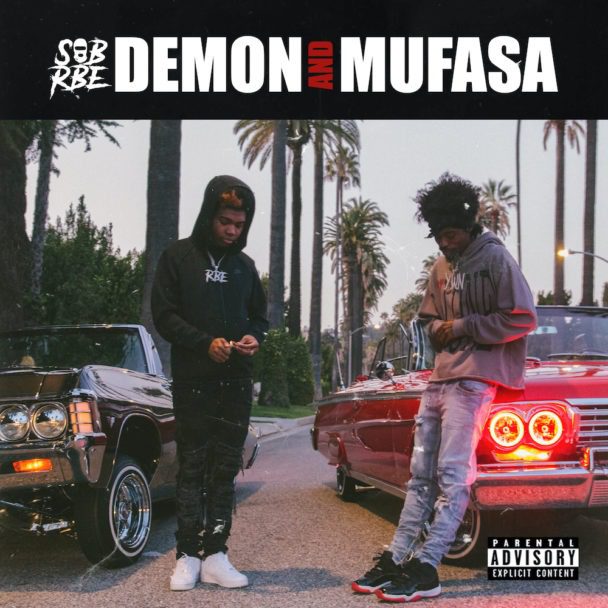 The hugely energetic Vallejo, California rap group SOB x RBE started out as a four-man crew. By the time they released their Strictly Only Brothers album at the end of last year, they were down to three guys. (Former member Lul G was arrested for murder last year.) Today, two of the three members of SOB x RBE have released a new album called Demon And Mufasa. The new LP probably won’t get the same level of attention as it would’ve if they’d just called it an SOB x RBE album. But it goes extremely hard, and you should really hear it.

SOB x RBE has always been a collection of four distinctive personalities, and they’ve all released music outside the group. Demon And Mufasa comes from two members, Yhung T.O. and DaBoii. Yhung T.O., who briefly left SOB x RBE while their 2018 breakout was still happening, is the only member of the group who ever sings, though his slippery and nimble rapping is better than his squeaky melodic stuff. DaBoii, meanwhile, is simply one of the best rappers working right now. He attacks every track with pitbull intensity, really throwing himself at every beat. They make a nice team.

On Demon And Mufasa, Yhung T.O. and DaBoii rap over beats that sound a whole lot like late-’80s California rap: Gigantic drum-machine splats, sticky synth-funk melodies, huge and ugly digital basslines. Few rap scenes are as connected to their historical legacies as the Bay, and yet nobody, even in the Bay, is making music that sounds like this these days. It’s so good. There’s only one guest on the album, and it’s Snoop Dogg, who sounds very happy to be there. Don’t let this one slip past your radar. Stream it below.

The self-released Demon And Mufasa is out now.