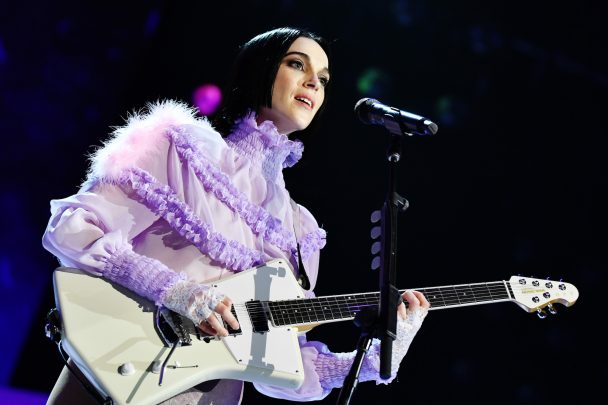 The Eddy, Damien Chazelle’s new series about a jazz club in Paris, hits Netflix today. The show’s official soundtrack is also out today, as well. It features original compositions written by Grammy winner Glen Ballard and recorded by the “Eddy house band,” which is made up of real-life musicians Randy Kerber, Ludovic Louis, Lada Obradovic, Jowee Omicil, and Damian Nueva Cortes.

It also features some covers of those new songs, mostly by The Eddy’s in-house vocalist Julia Harriman, but there’s one cover by Jorja Smith, “Kiss Me In The Morning,” which came out last week, and another by St. Vincent, the titular “The Eddy,” which is out now alongside the rest of the soundtrack.

Hear St. Vincent’s take on “The Eddy” below.

The Eddy is out on Netflix today.