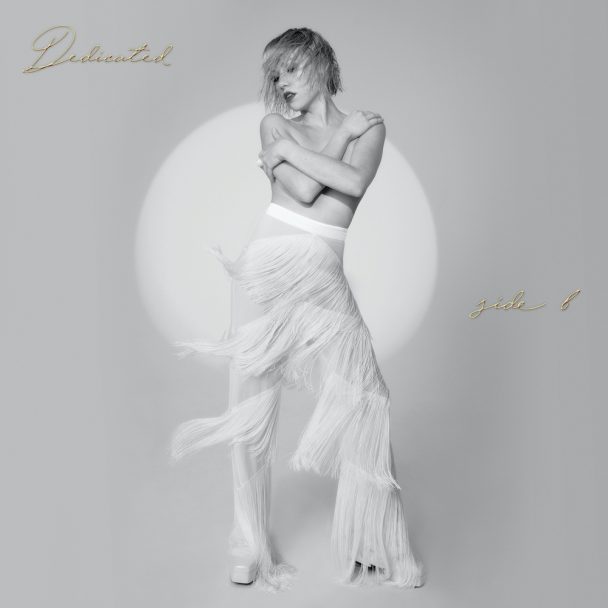 Almost a year ago to the day, Carly Rae Jespen released Dedicated, the follow-up to her blockbuster 2015 album E•MO•TION. She’s celebrating its release with what amounts to a whole new album: 11 songs that were recorded in between E•MO•TION and Dedicated and left off of the latter for whatever reason. She did a similar project with, E•MO•TION, too, and its Side B boasted songs that were just as good, if not better, than some of what made the final cut.

Jepsen has been teasing Dedicated Side B for a little while, and this morning, the whole thing is up at the streaming platforms. The album includes production and songwriting contributions from people like Jack Antonoff, Devonté Hynes, and Ariel Rechtshaid, and Antonoff guests on one song, “Comeback,” under his Bleachers alias. Stream the whole album below.

So, yes there have been whispers and I'm bad at keeping secrets. Side B for DEDICATED is out now babies. I hope it makes it yah dance your pants off! I owe yah one…or like two albums turns out. 😉

For the record, I love all of you.

Dedicated Side B is out now on Schoolboy/Interscope Records.