Thao & The Get Down Stay Down – "Phenom" 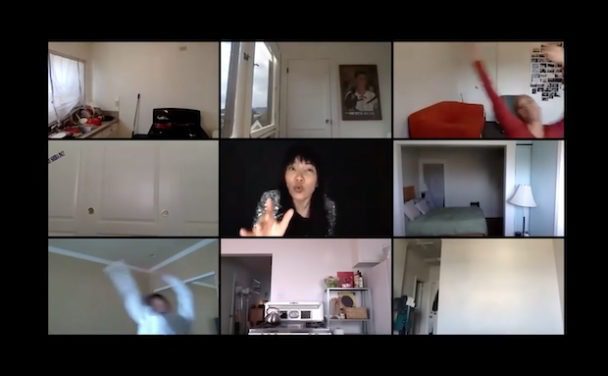 Thao & The Get Down Stay Down are releasing a new album, Temple, next month. We shared the lead single and title track last month, and on Friday, Thao Nguyen released the album’s second single, “Phenom.” It’s a thumping, wiry song and Nguyen’s voice tiptoes in the verses before breaking into a shout for the chorus that: “I am an old phenomenon.”

Nguyen had this to say about the track in a statement:

‘Phenom’ is a direct descendant of the song ‘Meticulous Bird’ from my previous album, A Man Alive. I wrote it late last year. I was reading Octavia Butler and Ursula Le Guin and channeling other worlds, a sort of post-apocalyptic utopia wherein time collapses and generations of the true leaders and the scorched of the earth come back and rule, wherein the earth itself comes back and brings to bear. I was and am always in deep awe of the fierce and focused throughout history who have worked and organized at the front lines, calling bullshit and protecting vulnerable life. They are the real phenoms and we are strong from their strength. The first seed of this song was that guitar riff that is layered over and over again at the end. ‘Phenom’ is at the edge of mania with the miscarriage of truth and justice and power, but believes in a more virtuous time and place in the distance.

The song’s music video has adapted to our currently isolated existence by filming it entirely through the video conferencing program Zoom. Nguyen and eight backup dancers practiced their choreography and rehearsed it online. It was co-directed by Erin Murray and Jeremy Schaulin-Rioux. Watch and listen below.

Temple is out 5/15 via Ribbon Music. Pre-order it here.