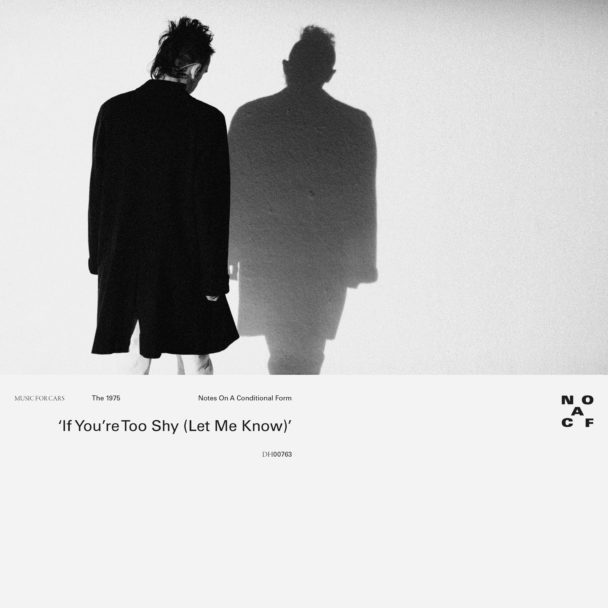 You know the deal by now: Three years ago, Matty Healy talked about following up the 1975’s sophomore LP I like it when you sleep, for you are so beautiful yet so unaware of it with an album called Music For Cars, and then two years ago returned instead with news of A Brief Inquiry Into Online Relationships and a sister album called Notes On A Conditional Form, and the band has basically been in nonstop album rollout mode ever since. Originally promised for spring of 2019, there have been a couple delays with Notes On A Conditional Form — most recently bumping it back from April to May to try and accommodate a rescheduled tour once the coronavirus pandemic broke out.

In the meantime, there have been a lot of singles. Even with the recently revealed tracklist sprawling to 22 songs, between previously released singles and stuff the band’s debuted live you can get a sense of a little over a third of the album already. So far we’ve heard — *deep breath* — the latest installation of “The 1975,” “People,” “Frail State Of Mind,” “Me & You Together Song,” “The Birthday Party,” and “Jesus Christ 2005 God Bless America.” Much of it has been great, and all of it suggests Notes On A Conditional Form will be just as much of an exploratory, shape-shifting collection as its predecessors.

And today — as promised, and as teased earlier this week — the 1975 are back with another new one called “If You’re Too Shy (Let Me Know).” It’s one of the songs that the band had already played onstage, and if you happened to catch those live videos, then you already know “If You’re Too Shy” is an ’80s-indebted banger of the sort that more or less counts as default 1975 amidst their constant genre mutations. Out of what we’ve heard so far, this is the “It’s Not Living (If It’s Not With You)” of the bunch — a slick synth-pop jam where all the bright hooks belie the fact that the song’s narrative is a pained, listless account of one form of dependency and despondency.

Watch director Adam Powell’s video for the song below.

Notes On A Conditional Form is out 5/22 on Interscope/Dirty Hit. Pre-order it here.