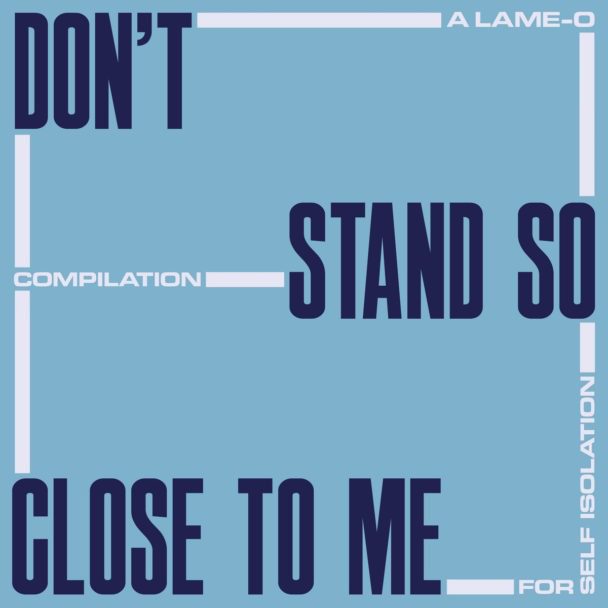 Lame-O Records is a great label based out of Philadelphia, and today they are releasing Don’t Stand So Close To Me, a compilation that highlights the artists on their roster. All proceeds are going directly to the musicians during this trying pandemic time.

It includes new material from Thin Lips, with a fresh track called “Red Yellow And Blue”; Jake Ewald’s Slaughter Beach, Dog project, whose last album Safe And Also No Fear was our Album Of The Week when it came out; Shannen Moser, the folk musician who we named a Best New Artist; and No Thank You, a very good band who are not on hiatus following their 2018 sophomore album All It Takes To Ruin It All.

There are also demos from bands that have recently (or are about to) put out albums through the label: Gladie, who put out their debut album Safe Sins last month; An Horse, who put out their first album in 8 years last year; and Trace Mountains, who have an album coming out with them next week.

Suffice to say there’s a lot to check out! You can sample it below and pay-what-you-can over on their Bandcamp page.

Don’t Stand So Close To Me: A Lame​-​O Compilation For Self Isolation is out now.