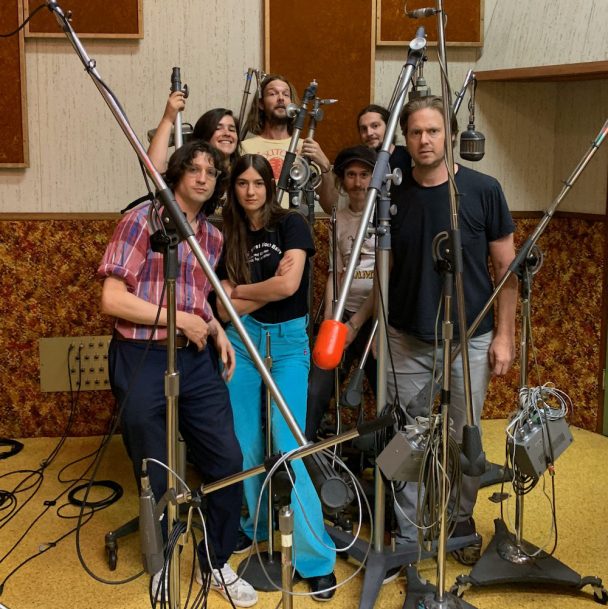 Tim Heidecker is mostly known as an actor and comedian. He did excellent work in the scene from Jordan Peele’s Us, for instance, where he got brutally murdered while listening to the Beach Boys’ “Good Vibrations.” But Heidecker also has a side hustle making vaguely satirical ’70s-style singer-songwriter music. Heidecker recorded his new album Fear Of Death with a pretty amazing backing band: Weyes Blood’s Natalie Mering, Drew Erickson, the Lemon Twigs’ Brian and Michael D’Addario, Foxygen’s Jonathan Rado. We’ve posted the early singles “Fear Of Death” and “Nothing,” and today Heidecker has dropped a new song called “Property.”

“Property” is a big, swelling singalong choogle-rocker, and it’s built around a sort of mordant joke. The idea of the song is that cemeteries can’t last forever, since craven capitalist living humans won’t be able to resist building condos on their grounds: “They buried those bodies with the best intent/ But those boxes could be turned into rent.”

Given Heidecker’s main job, it’s tempting to call “Property” a comedy song. It’s not really that, though. You probably won’t laugh while listening. Instead, this is the same kind of bleak acid-burn satire that Randy Newman was writing in the ’70s. Listen below.

Fear Of Death is out 9/25 on Spacebomb. Pre-order it here.