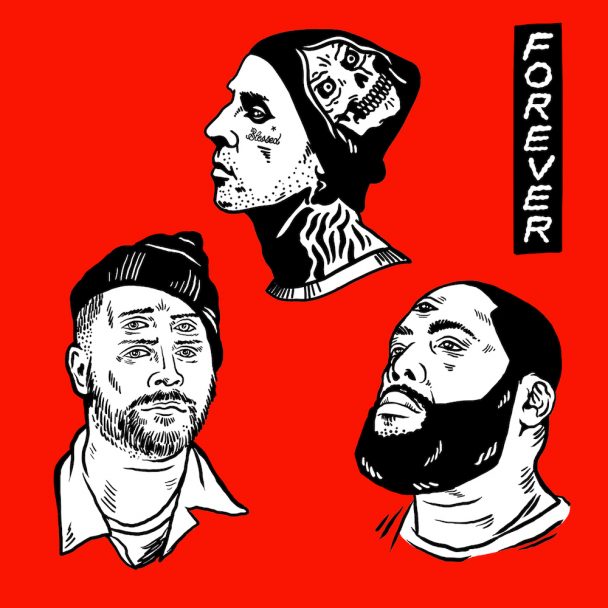 Run The Jewels just released their monstrous, long-awaited album RTJ4 last month, and that should be enough Killer Mike and El-P verses to sit around and process for a while. But today, we get a couple of new ones. Run The Jewels have teamed up with Travis Barker, the Blink-182 drummer and moonlighting rap producer, for a new track called “Forever.”

Barker produced “Forever,” but his work on it clearly carries some El-P influence. It’s a big, smeary track with the heavy drum sounds that you’d expect. Killer Mike and El-P both go in hard, and both compare themselves to Russian political figures. Mike: “Rap’s Rasputin, I’m pulling pumps on pompous ass preachers and shooting/ I’m sitting on the last pew, pew-pewing/ One day, the poor will eat the affluent/ Hope you atone for you past doings.” El: “Boulder Dash, you not getting it past rap’s Putin, who ride a horse, bareback, shooting/ A champ in the land of the stupid/ The kind that take the candy out kids’ hands and laugh in amusement.”

This isn’t the first time that RTJ and Barker have linked up. Barker played on “All Due Respect,” from 2014’s RTJ2, and he’s joined RTJ at live shows over the years. Lately, Barker has been busy in the rap space; he released the Lil Wayne/Rick Ross collab “Gimme Brain” in January. Check out “Forever” below.

“Forever” is out now on the streaming platforms.