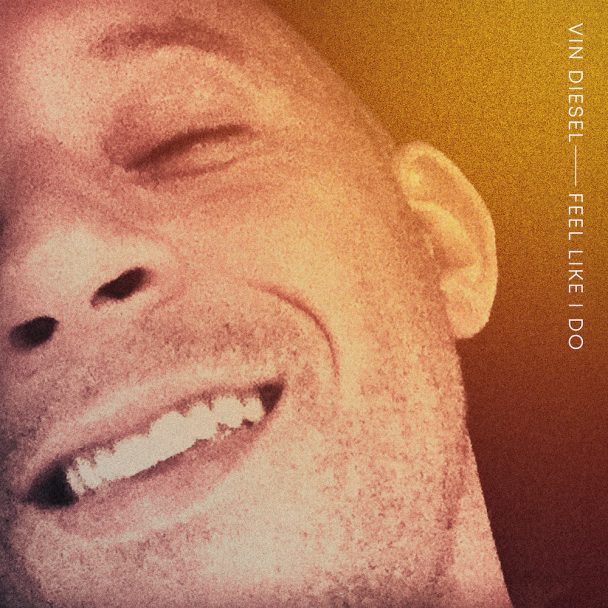 Vin Diesel’s past musical exploits are the stuff of internet legend. There’s the time he celebrated Valentine’s Day by singing Rihanna. There’s the time he danced to “Drunk In Love” on Facebook. There’s the time he sang Stan Smith for a British radio station. There’s the time Steve Aoki promised his Vin Diesel collab would “blow people’s minds.” There’s even the old resurfaced recording of a pre-fame Vin Diesel rapping on a beat from leftfield-disco great Arthur Russell. We’ve already known that Diesel, one of the premiere actors of his generation, also had music flowing through his veins. Today, Vin Diesel makes it official. The man is now a recording artist.

Diesel has joined Palm Tree Records, the label founded by Kygo, the Norwegian-born star producer who helped establish tropical house as pop music. Today, he’s released his debut single. It’s called “Feel Like I Do,” and it’s a love song of sorts: “I don’t know you, but it feel like I do.” Funny: I feel the same way about Vin Diesel!

“Feel Like I Do” was sadly not produced by Kygo. Instead, Kygo’s collaborator Peter Martin handled the beat. (Don’t worry. It still sounds like Kygo.) It’s a fairly generic laid-back pop-house song, but it’s rendered surreal by the knowledge that motherfucking Groot is singing this thing, that Dominic Toretto is letting us hear his softer side. Here’s the song:

Yesterday, before he dropped the track, Vin Diesel teased it by sending a video to The Kelly Clarkson Show. Speaking from a recording studio and attempting to turn his gravelly mutter into a sort of starry-eyed Barry White thing, Diesel told Clarkson this: “I am blessed that, in a year that I would normally be on a movie set — and, as we know, that’s not possible — I’ve had another creative outlet, another way to show you, or share with you, my heart.” God bless him. Here’s that video:

“Feel Like I Do” is out now on Palm Tree Records.